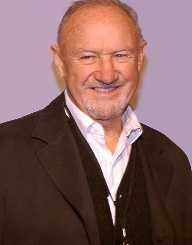 Eugene Allen Hackman popularly known as Gene Hackman is a renowned Living Oscar Academy Award-winning actor and novelist. He is best known for his exceptional intuitive and instinctive character. His major debut film was “Bonnie and Clyde” in his character as Buck Barrow which led him right to the glare of publicity in 1967. He was voted for five Oscar Academy awards and won two as the Best Actor and Best Supporting Actor in “The French Connections” and “Unforgiven” respectively. Also, Gene Hackman has acquired three Golden Globes as well as two BAFTA Film Awards.

Gene Hackman is a son to Eugene Ezra Hackman and Lyda Gray Hackman born on January 30, 1930at San Bernardino, California. The parents also had another son called Richard. For the better part of his childhood, the family settled in Danville, with their English-born grandmother, Beatrice in Illinois. His father worked in a local newspaper called “The Commercial News” as printing press operator. Gene Hackman went to Storm Lake High school.

At the age of 16, Gene Hackman dropped out of school and joined the US Marine Corps. While he was there, he was posted in China, Japan, and Hawaii where he partly served as a field armed forces radio operator. In 1951, after four-and-a-half years he was discharged. He tried to find footing in a string of odd jobs in New York, and this prepared him for his film career.

In the 1950s, Gene Hackman decided to pursue journalism and TV production and joined Pasadena Playhouse Theatre in California. He forged a friendship with an ambitious actor, Dustin Hoffman. Their young dreams were threatened continuously by dubious remarks from their peers and were labeled “The least likely To Succeed.”

This dismissal served to galvanize his willpower, and Gene Hackman succeeded to get film roles in “Mad Dog Coll.” Two years later, he made Broadway debut in “Children from Their Games,” A Rainy Day in Newark”an acting role in “Any Wednesday” featuring actress Sandy Dennis.  Director Robert Rossen noticed him in Broadway and cast him in the drama “Lilith” (1964) together with Warren Beatty.

Warren Beatty was instrumental in Gene Hackman’s career breakthrough. He landed him a supporting role in “Bonnie and Clyde” (1967) which opened Hackman to the world. In this movie, Hackman acted as Clyde’s brother as Buck Burrow who reconnects with his siblings and his girl on the bank robbery scene.  This role got Hackman his first nominations at the Oscar Academy Awards as the Best Supporting Actor.

After three years Gene Hackman had a magnificent performance in “I Never Sang for My Father (1970) and garnered an Oscar Award title. This movie portrayed him as a professor attempting to restore the relationship with his alienated father after the wife’s demise. He rose a top-notch higher as a movie star in 1971, in “The French Connection” and was the ultimate cop everyone was talking about.

Gene Hackman played Detective “Popeye” a title he admittedly said remained in people minds for years and would call him on the streets. This broad buster won him an Oscar as the Best Actor. In addition, he is best remembered for his hard-hearted role as sheriff “Little” in the western “Unforgiven” which earned him an Oscar Award for his role as Best Supporting Actor. David Webb wrote this movie and directed by Clint Eastwood.

In 1974, Gene Hackman had a lead role in “The Conversation” at Francis Ford Coppola’s and was voted for several Oscars. He also played a comic role in “Young Frankenstein” as the solitary blind person. The following year, 1975, he featured in “French Connection II” and in the West horse-race story “Bite the Bullet.” Besides, he played lead actor, in the highly celebrated film “Night Moves.”

Together with his reunited fiend; Warren Beatty they featured in “Reds” (1981) a movie based on the true story of a radical political reporter John Reed.  Gene Hackman revamped his stardom a notch higher in his villain character Lex Luthor in 1978 “Superman” featuring Christopher Reeves well-known man of steel. He reprised his role in “Superman II,” “Superman IV” and in the “The Quest for Peace” (1987).

In 2003, Gene Hackman reunited with his old colleague Dustin Hoffman in “Runaway Jury.” In the film, he was a jury consultant for a gun manufacturing company where Hoffman’s client had filed a suit against the company. He ended his career in the film industry with “Welcome to Mooseport” (2004). In the movie, he was represented as a former president who campaigned to become a mayor of a small town.

In this category, Gene Hackman won three awards. In the movie “The French Connection” (1971), he won a Golden Globes Award as the Best Actor in Movie Drama. He also won a Golden Globe in “The Royal Tenenbaums” in 2002 as Best Performance Actor. At the Golden Globes in 2003, he also won Cecil B. DeMille Award for his exceptional contribution in the entertainment industry.

Gene Hackman won BAFTA as Best Actor in supporting role in “Unforgiven.” In 1973 won the BAFTA Film Award for Best Actor in “The French Connection” (1971).

Gene Hackman settled back in New York after he suffered a severe motorcycle accident while serving in the US forces. To receive the US $150 a month as a wounded veteran, the regulations recommended going to school that would later get him a job. He signed up for school at Art Students League and a school of Radio Technique.

In 1956 Gene Hackman married his girlfriend Faye Maltese a bank secretary at the time and together settled in California and joined Pasadena Playhouse Theatre. They got one son and two daughters- Christopher Allen, Leslie Anne and Elizabeth Jean respectively.

Gene Hackman had two best friends at the onset of his career; Dustin Hoffman and Robert Duvall. At some time in life, they felt that stardom was unlikely as they shared risks and rejections of life from their peers. Gene Hackman is now a legendary Living American former film star and novelist worth over US$80 million.