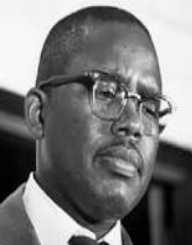 Fred David Gray was born on December 14, 1930. He is an African-American civil rights lawyer and preacher who earned his fame after handling a number of civil rights suits in Alabama. Some of the cases Gray litigated reached the U.S Supreme Court awaiting rulings.

He is also hailed as the first African-American to be elected as the president of the Alabama State Bar (2001).

Fred David Gray was born on December 14th, 1930. He grew up in Montgomery, Alabama and went to Nashville Christian Institute. He lost his father at a tender age and later taken to school by his mother. After elementary studies, he joined Alabama State College and later Case Western Reserve University for his law degree.

Fred Gray kicked off his career by first obtaining a license as a preacher in 1957, a milestone his mother had always wanted. As a result, he helped bring together white and black denominations in Tuskegee, Alabama. He also served as a trustee in Southwestern Christian College Church board.

Fred Gray handled several critical civil rights cases. Most noteworthy was the Gomillion v. Lightfoot case where he argued against locking out African-American voters of Tuskegee from elections. He later fought for the outlawed NAACP group to be allowed to gather in Alabama.

He also proved instrumental in fighting against the integration of public schools in the U.S in 1954. Afterward, he successfully overturned the denial of Vivian Malone and James Hood admission into the University of Alabama.

In 1980, Fred Gray received the Drum Major Award of the Southern Christian Leadership Conference. He also won the Spirit of Excellence Award from the American Bar Association (1996). In 2002, he became the president of the Alabama Bar Association.

Fred Gray married his secretary, Bernice Hill in 1995. The couple had four children. He published his autobiography in the same year, Bus Ride to Justice: The Life and Works of Fred Gray. He is also one of Sigma Pi Phi and Omega Psi Phi members.