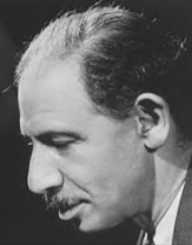 American columnist, Franklin Pierce Adams alias F.P.A, was born as Franklin Leopold Adams on November 15, 1881. He was born in the city of Chicago, Illinois, the USA to Moses and Clara Schlossberg Adams. At the age of 13, after the completion of his Jewish confirmation ceremony, his middle name was changed to ‘Pierce.’

Adams completed his graduation from the Armour Scientific Academy (now Illinois Institute of Technology) in 1899 and after that, studied at the University of Michigan for a year. He began his work life at an insurance company where he worked for three years.

Franklin Pierce Adams ventured into the field of journalism in 1903 and started working for the ‘Chicago Journal.’ He initially began to contribute sports columns for the newspaper, but the quick-witted man quickly shifted to writing a humor column titled ‘A Little about Everything.' In 1904, Adams joined the ‘New York Evening Mail' and worked for the newspaper till 1913. While working with the ‘New York Evening Mail,’ he began his column titled ‘Always in Good Humor.’ The column was not just restricted to Adams’ writings; it also took contributions from its readers.

In 1910, Adams wrote a baseball-themed poem called ‘Baseball's Sad Lexicon.’ The poem which was written from the perspective of a New York Giants fan is considered to be one of the best works of F.P.A. In the following year, he wrote another column which was a parody of Samuel Pepys’ ‘Diary’ and comprised of notes taken from the personal experiences of Adams.

In 1914, Franklin Pierce Adams quit his job at the ‘New York Evening Mail' and began to work for the ‘New-York Tribune.’ He subsequently shifted his column to the ‘New-York Tribune’ where it was renamed as ‘The Conning Tower.’ The witty and satirical column ‘The Conning Tower’ comprised of limericks, puns, and satirical proses written by Adams which took a dig at the existing political scenario in the US and also reviewed books and plays. The column was considered as the ‘pinnacle of verbal wit.’

During World War I, Adams took a short break from writing his column for the ‘New-York Tribune.’ At that time, he volunteered to serve at the military intelligence wing of the U.S army. In the meanwhile, he also wrote another column titled ‘The Listening Post’ for Harold Ross, the editor of the newspaper ‘Stars and Stripes.’ With the end of World War I, Adams returned to New York and again began working for the ‘New-York Tribune.’ In 1922, he shifted his column to the ‘New York World’ and continued to work for the newspaper till it merged with the lesser-known ‘New York Telegram’ in 1931.

Consequently, Franklin Pierce Adams went back to his old newspaper which had been renamed as ‘New York Herald Tribune’ and his popular column ‘The Conning Tower’ continued to appear in the newspaper till 1937. Eventually, Adams made a last move to the American daily newspaper ‘New York Post.’ He authored his last column in September 1941. ‘The Conning Tower’ ran for more than 25 years, and in its long run, it also featured contributions from eminent writers like George S. Kaufman, Edna Ferber, Robert Benchley, Moss Hart, Dorothy Parker and many more.

In 1938, Franklin Pierce Adams was appointed as a panelist on a radio quiz show on NBC Radio called ‘Information Please.' He was selected as the expert on poetry, old barroom songs, and Gilbert and Sullivan. Apart from writing popular columns in newspapers, he is also an acclaimed novelist. Some of his best-known books are ‘In Cupid's Court’ (1902), ‘Tobogganing on Parnassus’ (1911), ‘In Other Words’ (1912) and ‘Answer This One’ (1927).

In his 40-year long career, F.P.A had managed to attract the attention of his readers with his trademark sarcasm and humor. He had managed to carve a niche for himself and was a well-known figure in the literary world. Many of his readers and his contemporaries regarded him as the Godfather of Contemporary Newspaper Column. He was also a member of the ‘Algonquin Round Table’ which was an esteemed group of New York City consisting of many celebrated and highly intellectual actors, writers and critics.

During the last years of his life, Adams suffered from a loss of memory and outbursts of temper. As he was not able to care for himself, he was admitted to Lynwood nursing home in New York City, USA. He died on March 23, 1960.