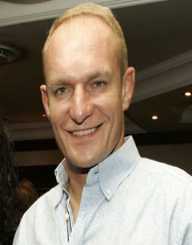 Jacobus Francois Pienaar was born on January 2, 1967. He was a South African rugby player. He is currently retired from playing rugby. He played rugby for South Africa with the team Springboks from 1993 to 1996. He is popularly known for leading South Africa to a win at the Rugby World Cup in 1995. He is currently fifty-one years old.

Jacobus Francois Pienaar was born on January 2, 1967, in Vereeniging in South Africa. He was brought up alongside three brothers. He is the eldest of his siblings. Pienaar was born into a working class family in South Africa. He attended Hoerskool Patriot Witbank for his high school education. He later joined the Rand Afrikaans University with an athletic scholarship. At the University he studies law.

In 1989, Jacobus Pienaar made his debut in the rugby field at the provincial level for the Transvaal Province. In 1993, he was asked to join the South Africa rugby squad. He, later on, became the captain of the Springbok team until the end of his playing career.

To date, he remains one of the most respected and successful rugby captains in South Africa. In 1993, he led his team to victory winning the Super 10, Lion Cup and the Currie Cup. The following year, his team retained the Currie Cup. In the same year, he was voted International Player of the Year by ‘Rugby World Magazine.’

Springbok was the first ever South African team to win a World Cup, and this can be attributed to the captaincy abilities displayed by Jacobus Pienaar. In the 1993 Rugby World Cup, South Africa defeated countries such as Romania, New Zealand, France, Western Samoa, and Canada .to win the World Cup. After the World Cup, Pienaar received the Webb Ellis Cup from Nelson Mandela for his captaincy skills and abilities

One month after the World Cup, Pienaar and other players threatened the South African Rugby Federation that they were going to join teams such as Australia to play professional rugby for the World Rugby Corporation. The other players were however later convinced not to sign with the World Rugby Corporation, but Pienaar did not break his stance. In 1996, he was dropped from Springbok because he had exposed South African rugby to professionalism. His drop was controversial since it was meant to derail his activities.

Francois Pienaar later traveled to Britain where he became a coach for the club Saracens in Watford. He led the team to victory winning the Pilkington Cup. The team then qualified for the European Cup under his leadership. In 1999, he was the captain of the Barbarians. In the same year, he wrote his autobiography ‘Rainbow Warrior.’ The following year he retired from playing rugby.

Francois Pienaar is married to Nerine Winter with who he has two sons. One of his sons was the godson to Nelson Mandela before he passed away. He lives with his family in Cape Town in South Africa. He is currently fifty-one years old.