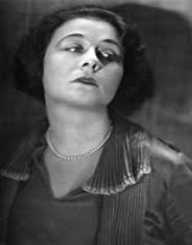 Marion Benson Owens was born 18th November 1888, to Len and Minnie Owens. She was born in San Francisco, California, in the United States. Marion had two siblings, a brother, and a sister. After her parents divorced when she was ten years of age, Marion lived with her mother.

Marion left school at the age of 12 and moved to another school in San Mateo. After that, she went to art school when she was in her teens.

Frances Marion started her working life in San Francisco. She had several jobs including being a photographer’s assistant, a commercial artist, and a reporter. She then moved to Los Angeles and found work as an artist doing posters to advertise theater and doing commercial layouts for an advertising company.

Marion’s move into the film industry came in 1914 when she joined Lois Weber Productions. She was a writing assistant and general assistant, but she also acted for the company as well. When World War I broke out, Marion once again took up journalism and moved overseas to report on the war.

Upon returning to the U.S., she started writing film scripts and was hugely successful. Many of her scripts were successful, and she was earning $50,000 a year, which had never been done before. She moved to New York where she continued to write, and Marion is credited with more than 300 scripts. She is also credited with producing more than 130 movies, as well as directing several.

Some of her movies include Pollyanna (1920), A Thief in Paradise (1925), and Going Hollywood (1933). For most of her screenwriting years, Marion was with MGM Studios.

In 1946 she retired from Hollywood and then spent her time writing stage productions and novels. Frances Marion published nine works between 1925 and 1972, including her autobiography in 1972, called, Off With Their Heads: A Serio-Comic Tale of Hollywood.

Frances Marion won two Academy Awards. The first was for Best Writing in 1930, the second for Best Story in 1931.

Frances Marion's first marriage was to Wesley de Lappe, and her second was to Robert Pike. In 1919, Marion’s third marriage was to an actor named Fred Thomson. Thomson died in 1928. Marion had two sons with Thomson, one of which was adopted.