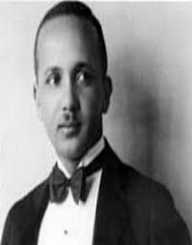 Fletcher Henderson was born on December 18th, in 1897. He was a notable American pianist, composer, arranger, and a bandleader. He, alongside Duke Ellington, rose to become well known musical arrangers. Henderson was regarded as one among the best arrangers in the history of jazz music.

Fletcher Henderson was born on December 18th, in 1897. His birthplace was in Cuthbert, Georgia. He was the son of Fletcher H. Henderson, who was a principal in a local school called Howard Normal Randolph School. Henderson’s mother was also a notable teacher. As a young boy, Henderson took his early piano lessons from his mother.

Because he was strictly taught to play the piano, by the time he clocked 13, he had polished his playing skills. However, he chose to focus on science and math. After that, Henderson joined Atlanta University where he graduated in 1920. He had majored in mathematics and chemistry.

Upon graduating from the university, Henderson relocated to New York City. His reason for transferring was that he wanted to pursue his master’s degree in Columbia University. However, no historical evidence proves he studied at the institution.

In 1921, Fletcher Henderson went ahead and played the piano for the Black Swan records. Here, he worked alongside Ethel Water, a notable singer. With time Henderson took the role of a bandleader. By 1924, Henderson had become famous and he was landing regular gigs while playing at the Roseland Ballroom in New York City. During the same year, he brought Louis Armstrong into the orchestra group.

His other band members included the likes of Coleman Hawkins, Charlie Green and Benny Carter. Henderson was not good in business, and this affected his band significantly. He lost out on bookings, and as a result, his band members opted to try out better opportunities.

In 1934, Henderson was heavily hit by financial issues which led his decision to sell his arrangements. The following year, his band completely broke apart.

Fletcher Henderson was the elder brother to Horace Henderson, a talented pianist.