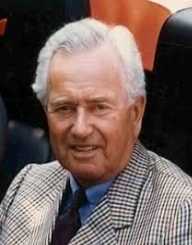 Car designer Ferdinand Anton Ernst Porsche who was known as Ferry Porsche was the son of car designer and engineer Ferdinand Porsche. His mother was Aloisia Johanna Kaes. He was born on the 19 September 1909 in Wiener Neustadt, south of Vienna, Austria.

In 1923 the family moved to Stuttgart, Germany. As a child, he was always interested in his father’s business and was driving a car at a young age. When he was 16, Porsche Jr has issued a special driving license.

In 1931, Ferdinand Porsche opened his own design company, and Porsche Jr was employed by his father. Porsche Jr’s role was to deal with the suppliers, coordinate the design engineers and was in charge of testing.

By 1934, Ferdinand Anton Ernst Porsche was in charge of test drives. Also in 1934, Porsche Snr had negotiated with the Nazis the building of a German family car, the Volkswagen. In 1937, he traveled to the United States where they attended the Vanderbilt Cup at the Roosevelt Raceway on Long Island in New York.

The group they traveled with also visited motor vehicle manufacturing factories. The Porsche’s built three Volkswagen prototypes, and by 1939, the Volkswagen factory with Porsche Snr as the general manager was opened.

During World War II, production of the Volkswagen family car was put on hold, and the factory produced military jeeps. In 1944, the design engineering office was moved to Austria, although Porsche Jr remained in Stuttgart. Then in 1945, Porsche Snr and his son were arrested as criminals of war. By 1946, Porsche Jr was released and, along with the head of construction, Karl Rabe when began work on the design Type 356.

When Porsche Snr was released from prison in September 1947, he examined the design and gave it his stamp of approval and the Porsche 356 went into production. In 1949, Porsche Jr arranged for their new sports cars to be sold through the Volkswagen dealer network. Porsche Jr turned the business into a public company in 1972 and became an honorary chairman of the supervisory board. He remained with the company until his death in 1998.

Ferdinand Anton Ernst Porsche married Dorothea Reitz on the 10 December 1935. The couple had four sons and remained married until Reitz’s death in 1985. He died on the 27 March 1998 at the age of 88.