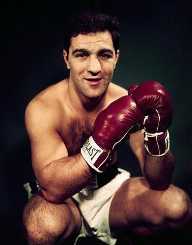 There have been several great boxers, but watching Ezzard Charles fight was always fun. Call him the beaters beater or the giant slayer he defeated several well-known boxers during his career. Born on July 7, 1921, Ezzard Mack Charles was a famous American boxer known for his strength, stamina, and agility.

The former World Heavy Weight Champion fought in weight divisions like the featherweight, middleweight, light heavyweight, and heavyweight. Some of his famous bouts were with Marciano, Jimmy Bivins, Lloyd Marshall and Joe Louis. He was crowned the Heavy Weight Champion after outboxing Joe Louis in 1950 but lost it the following year. Throughout his career, Charles won 93, lost 25 and drew in one.

Ezzard Charles was born in Lawrenceville, Georgia in on July 7, 1921. He moved to Cincinnati at a young age where he also had his education at Woodward High School. All this while, he was engaged in fighting and was nicknamed The Cincinnati Cobra. His love for boxing urged him to pursue it professionally.

Ezzard Charles' boxing career began at the featherweight division as an amateur. He was undefeated in the division with 42-0 wins. He then moved to the middleweight division where he won the Diamond Belt in 1938. In 1939 he won the Chicago Golden Gloves tournament of champions and the National AAU Middleweight Championship.

His display of strength and defensive movements, footwork, and speed continued to win him more fights. Charles knocked out Melody Johnson in the fourth round after turning pro in 1940. Unfortunately for him, his unbeaten record was broken after 15 straight when he fought Ken Ovelin. He then won over Teddy Yarosz before joining the US military for theWorld War II. This prevented him from boxing until 1945.

Ezzard Charles grew stronger and sharper after the world war and continued with his winning spree. He won over boxers like Jimmy Bivins, Teddy Randolph, Joe Kahut, Archie Moore and Lloyd Marshal in the light heavyweight divisions. In 1948 an unfortunate thing happened, Charles knocked out Sam Baroudi in round 10 and he died shortly after the fight. Seeing himself as a killer, Charles got depressed and nearly gave up boxing.

This made him move to heavyweight division because he was unable to have a title bout at the light heavyweight. There, he fought fighters like Johnny Haynes and Joe Baksi. In 1949 he managed to fight Jersey Joe Walcott to win the National Boxing Association’s Heavyweight title. His winning mentality continued and in 1950, he defeated Joe Louis which propelled him to a Lineal Champion. With this impressive win, dealing with the likes of Lee Oma, Joey Maxim, Walcott, George Parks, Billy Duncan and the several others.

Ezzard Charles won several other fights, but his hope to regain the heavyweight championship failed with his third fight with Walcott in 1951. He lost through a knockout in the seventh round in the match. Still having eyes on the heavyweight title, he fought his way through Rex Layne, Coley Wallace, Tommy Harrison and Bob Satterfield. This made him the number one contender for the belt in 1954.

Charles then had the chance to fight Rocky Marciano the title holder. Being well prepared for the fight, Charles was able to travel to the 15th round with Marciano. Many were of the view that Charles deserved the win in the first match. However, the bout ended in a split decision and a rematch was scheduled.

Both fiercely contended the rematch, which came in September that year until the eighth round. Marciano, though having suffered a bleeding nose after a punch from Charles gathered power to knock Charles out in the eighth round. Ezzard Charles fought and defeated several other contenders until his strength fell.

Ezzard Charles began to decline, and his performance became a mirage later. Though his strength was failing because of age, he was forced to fight because of finances. Out of the 23 bouts, he managed to win 10 losing 13. This affected his records which were formerly 83-12 to 93-25 and a draw. He had an impressive 52 knockouts.

Ezzard Charles died on May 28, 1975, in a Chicago nursing home. This was after spending seven years with amyotrophic lateral sclerosis in 1968. He spent this entire time sitting in a wheelchair as the disease affected his legs. His condition got worsened by day and death set in.

Ezzard Charles was posthumously honored by Cincinnati in 1976 when it renamed the Lincoln Park Drive, Ezzard Charle Drive. In 1990 he was elected to the International Boxing Hall of Fame. He was also named the 11th greatest fighter of all time by the IBRO in 2006. Magazines like ESPN and Boxing Magazine have favorably ranked him. He is being held in high esteemed by the boxing world.