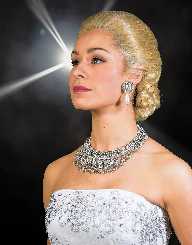 María Eva Duarte de Perón best known as Eva Peron was the First Lady of Argentina and the second wife of the Argentine President, Juan Peron. She used her position as the first lady to advocate for the rights of women and sought better living conditions for the poor. Eva became a very popular international figure and subject of several articles, drama, and films of the 20th century. Eva expressed her interest in contesting on the ticket of Peronist for the Vice Presidential slot in 1951. Even though she gained the needed support, her ill-health forced her to withdraw her candidacy. She died of cancer in 1952. Eva was posthumously given the title"Spiritual Leader of the Nation" by the Argentine Congress.

María Eva Duarte de Perón was born on May 7, 1919, in Los Toldos, Pampas to Juan Duarte and Juana Ibarguren. She was the youngest child of five by her parent even though Juan and Juana never got married. Juan Duarte who was a wealthy rancher left the family to his legal wife when Eva was just a year old. This situation plunged the family into abject poverty forcing them to move to the most deprived area of Junin in a one-room apartment. Ibarguren at this time had to sew clothes of neighbours to support her family.

The family later got financial support and moved to a bigger house with the help of Eva’s elder brother. While in school, Evan took part in school plays and concerts. She always dreamt of becoming a famous actress in future and therefore worked tirelessly towards it. Eva took the first step to her aspirations when she played a small role in Arriba Estudiante in October 1933.

In 1934, Eva Peron left for Buenos Aires at age fifteen after making her acting debut to pursue her dreams. She went with her young sweetheart at the time, but their relationship hit the rock shortly after they had moved there. Eva faced several challenges due to her low educational background and finding a job became difficult. Luck finally found her when as she got some stage play roles did some radio sessions before finally reaching her goal as a film actress.

Eva Peron also got involved with some men who also helped her to gain some modelling deals. Her professional debut play was in Mrs. Perez at the Comedias Theater on March 28, 1935. Playing several other roles on stage and working as a model, Eva became financially sound, especially when she was hired by Candilejas for the daily radio drama, Muy bien to be aired on Radio El Mundo in 1942. Her display of talent and performance in works gained her a contract with Radio Belgrano. With the new contract, she got the opportunity to play a role in the historical drama Great Women of History in 1942.

After gaining a strong financial background, Eva Peron became a co-owner of Radio Belgrano. At the time she had also cemented her reputation as a good actress and one of the highest paid radio actresses in the country as of 1943.  She also played roles in films such as La cabalgatadelcirco(The Circus Cavalcade) and Libertad Lamarque even though most of her films were not commercially successful. Nonetheless, her radio acting was very successful and as her popularity grew, she entered into politics.

Eva Peron first met Juan Peron during a gala at the Luna Park Stadium in Buenos Aires organised for victims of an earthquake that killed about 10,000 people on January 22, 1944. Colonel Juan Peron had initiated the gala since he was the then secretary of Labour who took charge in raising funds for the victims. The two became lovers after a brief introduction at the gala, a moment Eva describes as a marvellous day. The broadcast performers in Argentina were allowed to form a union in May 1944. After the formation, Eva was elected as their president and subsequently organised the program, Toward a Better Future to portray the achievements of Juan Peron.

Juan Peron grew in popularity, and this became a threat to the sitting president. The then president Pedro Pablo Ramirez resigned from power on February 24, 1944, and Edelmmiro Julian Farrell took over. Farrell also saw Peron as a threat to his governance, hence his arrest on October 9, 1945. The arrest caused series of demonstrations that demanded his release from prison, and on October 17, 1945, the government heeded to the pressure to release him. Upon his discharge, Juan Peron married Eva on October 18, 1945, in civil marriage and later followed with a church wedding on December 9, 1945. This news came as a shock to everyone.

Juan Peron's popularity grew each day so decided to contest in the 1946 presidential election of Argentina. Eva Peron took centre stage of her husband’s campaign and used her weekly radio show to campaign massively for him. Juan won the election with a landslide victory and Eva Peron became the First Lady

Eva Peron used her position as the First lady of Argentina she set up the foundation, Fundacion Maria Eva Duarte de Peron on July 8, 1948, with seed money of 10,000 pesos to lend help to orphans and needy in the country. The foundation grew within a short time and employed over 14,000 workers. Through the foundation, scholarships were given to the poor but brilliant students, built homes, hospitals and did annual donations to the people. She took an interest in helping the poor and according to her biography, she sometimes worked 20 to 22 hours a day, which had an adverse effect on her health. However, to her, striking out poverty was her priority.

Aside from that, Eva Peron took an interest in ensuring that the rights of women were not trampled upon. She advocated for the women’s suffrage to radio programs and articles calling upon male Peronist of support that legitimate right. Eventually, the suffrage bill was introduced and unanimously accepted and was signed by Juan Peron into law. Eva subsequently formed the Female Peronist Party, as the first and the most significant female political party in the country. Through this initiative, many women entered into politics.

With her growing popularity and support from the inner circle of the Peronist, Eva Peron decided to contest for the vice presidential position. This decision met fierce opposition, especially in the military who couldn’t accept as Eva may rise to the presidency in case the president died. She, however, rescinded her decision upon pressure from the political circles and influential persons in the Peronist.

The decline of Health and Death

Eva Peron’s health kept deteriorating and on January 9, 1950, fainted during a public occasion. She underwent surgery for appendectomy three days later and was diagnosed with advanced cervical cancer. Her condition worsened, and her last public appearance was on June 4, 1952, during the second inauguration of Juan Peron. She was at the time given the title "Spiritual Leader of the Nation."She went under chemotherapy and several other treatments to regain her strength. However, she died on July 26, 1952, after all, available therapies failed.