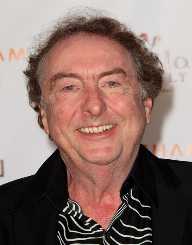 Eric Idle was born on March 29, 1943, in South Shields, County Durham, England. His mother was a health visitor, but his father served in Royal Air Force during World War II. His father died shortly after the war in a hitchhiking accident. His mother had the hard time dealing with her husband’s loos, the full-time job and raising a kid. She enrolled him in the Royal Wolverhampton school.

At the time it was a charitable foundation for the education of children who have lost both parents. Idle has later said, that the school was abusive, bullying and a harsh environment for a kid. He was an excellent student. Idle supported the Campaign For Nuclear Disarmament and participated in the yearly Aldermaston March. After school, he won a place at the Cambridge University.

Eric Idle attended Pembroke College, Cambridge and studied English. He was invited to join the prestigious Cambridge University Footlights Dramatic Club. In 1965 he became the president of the Footlights and was the first one to allow women to participate. In the club, he met his future - fellow Pythons Graham Chapman and John Cleese. After graduating in 1965, he starred in the children’s TV comedy series Do Not Adjust Your Set.

In 1969 Idle with his friends Cleese, Chapman, Palin, Jones, and Gilliam launched Monty Python’s Flying Circus. Idle himself mainly wrote the comedy show. He was the second youngest in the group. Therefore, he was closer in spirit with the generation that made up the show’s fan base. His sketches dealt mostly with pop music, sexual permissiveness, and drugs. His work has often been described as being obsessive with language since many of the characters have linguistic peculiarities.

Eric Idle also played the guitar and composed many of the group's musical numbers, most famous of the “Always Look on the Bright Side of Life.” The show was moderately successful in 1974, and the crew reunited to film the Monty Python and the Holy Grail in 1975. After that, two more feature films followed.

After the success of Python’s, all group members went on to pursue other projects. Eric Idle's first solo job was a show on BBC Radio One, which ran for two seasons. In the show, he was performing sketches. His first TV project after Pythons was Rutland Weekend Television, a sketch show on BBC2. The name of the show was intended to be a parody of London Weekend Television.

Rutland was England’s smallest county which needed in Idle's words, a little “shake-up.” The most significant legacy of the show was the creation of The Rutles, a parody of The Beatles. The band became very popular, especially in the United States. Idle also performed on Saturday Night Live and later made a mockumentary that aired on NBC.

Eric Idle received good reviews on such projects like The Adventures of Baron Munchausen, Nuns on the Run and Casper. However, his projects were not so successful. He took part in multiple movies and TV programs, as well as the voiced character several animation series, such as The Simpsons and South Park: Bigger, Louder, Uncut.

In 2004, Idle created the musical comedy Spamalot based on his 1975 Monty Python and the Holy Grail. He also performed the “Always Look on The Bright Side of Life” in the 2012 Olympic games.

Eric Idle's first marriage was with actress Lyn Ashley in 1969. The couple has a son, Carey in 1973. The couple divorced in 1975, and Idle remarried with model Tania Kosevich in 1981. They have a daughter Lily.