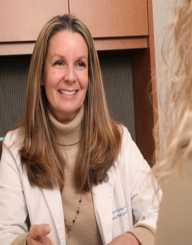 Born on May 15, 1860, as Ellen Louise Axson Wilson in Savannah, she served as the First Lady of the United States from 1913-1914. She was 28th US President Woodrow Wilson's first wife, and she bore three daughters.

Despite her short service as First Lady of the State, Ellen Wilson left a lasting legacy by her effort and involvement in Washington, D.C. Ellen exerted her efforts for the improvement of housing conditions of the lower-class, especially the African-American minority. She died of a chronic kidney inflammation or Bright's disease a little short of two years at her stay in the White House.

The firstborn of the family, her father, Samuel Edward Axson, worked as a pastor of a Presbyterian Church. Her mother Margaret Jane Axson, on the other hand, worked as a teacher. She was followed by two brothers named Isaac Stockton Keith and Edward Williams, and sister Margaret Randolph.

As a child, she inherited her mother's love for books and literature. Thanks to her inclination to the literary, it widened her knowledge that proved beneficial to her in her later years.

When her mother died, Ellen Wilson's father fell into a series of bouts of depression which led to his admittance to a mental facility that ultimately led to his suicide. Upon his death, the Axson siblings were separated from her sister living with their aunt and her other brother at his boarding school. Ellen lived with her other brother Stockton until in the later phases of her life.

Besides being a bibliophile, Ellen Wilson was also blessed with artistic abilities. Her creative talent was enhanced under the tutelage of her teacher, Helen F. Fairchild. Ellen's piece of work depicting a school scene was submitted by Helen to the Paris International Exposition of which she subsequently garnered her a bronze medal.

Ellen relied on her artistic talents as tools of trade most especially during the death of her father. At the age of 18, she made money for herself by commissioning crayon portraits.

However, her involvement with husband-to-be Woodrow Wilson put a temporary stop to her drawings. She focused her time on assisting him in both his professional career as a lawyer and then his shift to politics. She resumed drawing in the later years of her life while residing at the White House upon his husband's ascension to the office.

Ellen Wilson has displayed a keen sense of intellect ever since she was a child. Ellen inherited her mother's love for reading and books, encompassing the importance of reading not just for research but pleasure as well. She read and spent an enormous time studying. She attended Rome Female College in Georgia where she learned history, logic, along with many other subjects.

Ellen proved to be exceptional at English and French literature and has a profound liking for philosophy. She originally planned to pursue a degree in education to become a teacher, like her mother, but could not for lack of funding for her tuition. Despite this setback, Ellen persevered and compensated by spending copious amounts of time at the library. She taught herself the German language which came handy in assisting his husband for translating and researches during his presidential campaign.

Ellen Wilson met her husband and future US President Woodrow Wilson at a church service held by his father in Atlanta. At the time, young Wilson was a practicing young lawyer when he immediately became infatuated with Ellen. As it turns out, both fathers of the would-be couple were both Presbyterian ministers and had been friends for a long time. This presented Woodrow the opportunity to visit Ellen's home. Ellen is known to be apathetic to the idea of marriage, despite having many suitors.

Regardless, Woodrow was determined to marry her and managed to gain her consent. During their engagement, Ellen suffered the death of her father. She offered to break off their engagement, knowing how scandalous it will be for her fiancé but Woodrow, hell-bent on marrying Ellen, refused. The couple tied the knot at her grandparents' home in Savannah, Georgia on June 24, 1885.

Shortly after their engagement, Ellen Wilson attended Art Students League and took up residence in New York. Once in NYC, she dedicated a lot of her in producing art and experiencing it as well by watching plays, attending theaters and such. Already of open-mind, her stay in New York broadened her perspective of the world.

Ellen made it that her life's mission was to love, support and uplift his husband unconditionally which she dutifully accomplished. Although intellectual in each of their rights, there are times that Woodrow and Ellen clashed in opinions. Nevertheless, Ellen continued to bring out the best version of her husband. She supported him all throughout his law school to his political involvement until his assumption to the highest office.  A great many have stated that every important decision and speeches President Wilson executed, he carefully reviewed and discussed it with Ellen, taking into consideration her sentiments.

The Formidable First Lady of the White House

When Woodrow Wilson won the presidential elections in 1913, Wilson moved his family into the White House with him. From there, Ellen Wilson took up the title of First Lady with dignity and grace while supporting her husband and exerting efforts on civic matters.

She also worked on the expansion and renovation of the White House during her stay there. She directly worked with the architect and other professionals to the specifications she intended for the building. Besides that, she served as the hostess for receptions and dinners at the White House, tending to the guests and staying until the end of the event.

In her term as First Lady, Ellen Wilson also stressed the importance of supporting the arts and spent time on civic causes that made her an asset to the politicians. Thanks to her wide range of knowledge, politicians, and leaders listened to her guidance and opinions.