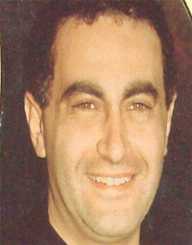 Dodi Fayed is a film producer more popularly known for being romantically involved to the late Princess Diana of Wales. Fayed and Princess Diana died in a car crash on the summer of 1997 in Paris, France.

The Man Born With A Golden Spoon

Dodi Fayed was born on April 15, 1955, as Emad El-Din Mohamed Abdel Moneim Fayed in Alexandria, Egypt. He is the son of Mohammed Al-Fayed, owner of the prominent Harrods department store located in London and former owner of the Hôtel Ritz Paris. His mother, Samira Khashoggi, is a progressive author and serves both as the owner and editor-in-chief of Alsharkiah magazine. His parents divorced when he was 4 years old.

With a father who previously owned the Fulham Football Club, the world was at his disposal. Growing up, Fayed spent a part of his life between Paris and Egypt. He attended the Collège Saint Marc located in Egypt as well as the prestigious Institut Le Rosey found in Switzerland. Fayed also attended Sandhurst, one of the prominent military academies in the United Kingdom. He officially moved to the UK at the age of 15 and established himself as one of the regulars in the nightclub scene.

Fayed is also the nephew of Adnan Khashoggi, a famous billionaire, and weapons' dealer.

Despite his playboy lifestyle, Fayed is also known as a film producer. He was the executive producer for the 1981 film Chariots of Fire and the film FIX which was released in 1986.


Fayed's & His Long String Of Lovers

Besides his wealth, Fayed was also known for his flashy lifestyle accompanied by a string of lovers. Before he was romantically linked to Princess Diana, he married model-turned-actress Suzanne Gregard in 1986. Their marriage lasted for 8 months that ultimately ended in a divorce. His other rumored lovers include Julia Roberts, Winona Ryder, and Nancy Sinatra; regular household names in Hollywood.

Prior to his involvement with the Princess of Wales, he was also linked to model Kelly Fisher. Fisher exposed to the public that she was Fayed's fiancee, which blew out of proportion since she revealed this at the time of Fayed and Diana's romance. Fisher sued Fayed for breach of contract but dropped the lawsuit upon the couple's death in 1997.

Fayed met the well-loved Diana for the first time in a polo march held at Windsor back in 1986. She was still married to Prince Charles at the time of her meeting with Fayed but the couple broke up in 1996 due to extramarital affairs on both sides.

Their relationship was under close scrutiny from the public, if not short and buzzing. Fayed invited the princess along with her sons to spend time with him aboard his yacht. The second time around the Princess went aboard with Fayed but without the company of her sons. They spent time in Sardinia before moving on to Paris where both of them spent the last of their days.

The Tragedy At Pont De l'Alma

Because of their well-publicized relationship, Fayed and Diana were often on the run from the media. In later years, there was a rumored marriage proposal underway but Fayed wanted to keep it out of the public's eye. In a desperate attempt, on they tried to outrun paparazzi swarming to get coverage of the two upon their landing in Paris. The runaway attempt ultimately led to a deadly car crash near the Eiffel Tower at Pont de l’Alma tunnel. The impact killed Fayed on the spot while the Princess died at the hospital. It was later revealed that the automobile's driver, Henri Paul, was under the influence of alcohol. The sole survivor of the accident, bodyguard Trevor-Rees-Jones, suffered severe injuries and spent two months at the hospital.

Fayed's grief-stricken father, Mohammed Al-Fayed built a bronze statue of the couple and had it on displayed at Harrods in 2005. The sculpture displayed the couple dancing, caught in motion underneath a flying albatross overhead. Beneath the statue, the words "Innocent Victims" were written.

In 2010, Al-Fayed sold his ownership in Harrods to the Qatar Investment Authority.