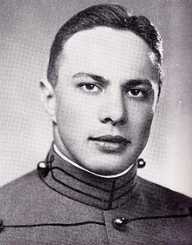 Felix Anthony Blanchard was a university level amateur American football player who played for the U.S. Military Academy at West Point. He was the first ever junior to win the Heisman Trophy and the first ever football player to bag the James E. Sullivan Award. He gave up a lucrative footballing career to serve the United States Air Force from 1947 to 1971.

Felix Blanchard was born on December 11, 1924, in South Carolina. He was nicknamed ‘Little Doc’ as his father was a doctor who had also played football at the college level. Thus, football was in his blood. His father used to place miniature footballs in baby Doc’s cradle. Doc was destined to become an elite football player.

Doc’s impressive showing for his high school where he took the school team to an undefeated season in 1941 prompted the West Point to contact him for recruitment. In 1943, Doc eventually decided to enlist himself in the U.S. Army after initially choosing to play for the University of North Carolina Tar Heels. Just as Doc was about to gain an entrance at West Point, his father passed away.

At The Point, Doc formed a lethal partnership with Glenn Davis. Doc played at the fullback which was Glenn’s previous position as the latter now made the halfback position his own. Doc proved his versatility by interchanging between linebacker and an offensive fullback while at the same time being the kicker and punter. In the three seasons there, Doc scored 38 touchdowns and 1908 yards. In his best season of 1945, he got for 19 touchdowns and covered 718 yards, averaging 7.1 yards a carry. Doc earned the nickname ‘Mr. Inside’ while Glenn was called ‘Mr. Outside’.

His coach described him as - "Imagine a big bruising fullback who runs one hundred yards in ten seconds flat, who kicks off into the end zone, who punts fifty yards, who can also sweep the flank as well as rip the middle, who catches laterals or forward passes with sure-fingered skill, and who makes his own interference. That's Mr. Blanchard."

Doc had enrolled into West Point in 1943 but had to drop a year for failing in Mathematics. Doc was also a member of the Army track and field team winning a shot put championship and a 10-second 100-yard dash in 1945.

In 1947, Doc along with Glenn starred in Ralph Murphy’s film ‘The Spirit of West Point’ where they played themselves.

Doc served as a fighter pilot in both Korea and Vietnam. Doc decided to join the United States Air Force in 1947. He still wanted a pro career in football but was refused an extended furlough to play with the NFL. He tried to make arrangements of playing football in the fall and serving the military for the rest of the year. But that request was also denied and Doc eventually gave up. In the early 1950s, he coached the freshman team. In the Vietnam War, Doc flew 113 missions from Thailand, 84 of them over North Vietnam. Doc retired in 1971 with the rank of a colonel.

Doc married Joy King and had three daughters. He died on April 19, 2009, in Bulverde, Texas after contracting acute pneumonia.

During his time at West Point, Doc won the Heisman Trophy and the James E. Sullivan Award. He also won the prestigious Maxwell Award, where the winner is chosen by a panel of sports journalists and coaches. In 1991, at a ceremony, he presented all the three trophies and awards to his school Saint Stanislaus College. In addition to being the National Champion for 3 consecutive seasons (1944-46), where his team set an undefeated 27–0–1 record, Doc and his team also won the College Football All-America Team honor for all the three seasons. In November 1945, Doc, along with his telepathic partner Glenn, embraced the cover of Time magazine. In 1945, Doc was also awarded the Sporting News Player of the Year.

In 2004, the Rotary introduced the Doc Blanchard Award in his memory.