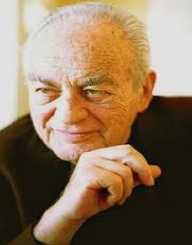 Italian film great Agostino De Laurentiis was born on August 8, 1919, in Torre Annunziata, Campania, Italy. One among the seven children of his parents, Dino De Laurentiis, as he is popularly known among the film fraternity, left school at the age of 15.

He worked as a pasta salesman in his father’s pasta manufacturing facility for a while before moving to Rome to study at the Centro Sperimentale di Cinematografia, a reputed film school there. He supported his stay and study in Rome by engaging himself in various types of odd jobs available in the film industry.

He worked as an actor, propman, extra and in many other jobs. His perseverance bore fruit, and he was able to produce a film titled ‘Troppo tardis tho conosciuta’ (1939) by the age of 20.

After his debut film, Dino De Laurentiis went on to produce a staggering 150 films during the next seven decades. His film production work was briefly interrupted during World War II when he served the Italian Army.

The film captured international attention and became highly successful. In the United States, the film was released by the name ‘Bitter Rice.’His film career flourished further when he collaborated with another distinguished filmmaker Carlo Ponti and set up the Ponti-De Laurentiis production company during the early 1950s.

They went on to produce several memorable films together. The two most prominent critically acclaimed films of the producer duo are ‘La Strada’ (1954) and ‘The Nights of Cabiria’ (1956). Both these films were directed by the legendary director Federico Fellini and had won the Academy Award For Best Foreign Films.

They also produced some mythological films including ‘Ulysses’ (1954), a literary cult work by the ancient Greek Poet Homer and an adaptation of the Russian classic novel ‘War and Peace’ (1956) written by Leo Tolstoy. ‘War and Peace’ was nominated for an Oscar Award for Best Direction.

Dino De Laurentiis parted ways with Carlo Ponti during the late 1950s and started working on his own and built his facility for filmmaking, a studio called Dinocittà, near Rome in 1964.

He produced a variety of films from this facility with a diverse range of themes including ‘The Bible: In the Beginning’ (1966), ‘Romeo and Juliet’ (1968) and the quintessential science fiction ‘Barbarella’ (1968).

He moved to Hollywood in the early 1970s and started producing a lot of thriller, action and suspense movies during the decade. He was the executive producer of the action drama ‘Serpico’ (1973) starring Al Pacino. He produced a host of action films starring Charles Bronson.

Dino De Laurentiis' most notable films during this period are ‘The Valachi Papers’ (1972), ‘The Serpent’s Egg’ (1977) and ‘Casanova’ (1977). While he worked in collaboration with Ingmar Bergman for ‘The Serpent’s Egg,’ his reunion with Federico Fellini resulted in ‘Casanova.’ He produced a remake of the 1933 classic adventure action movie ‘King Kong’ in 1976.

The movie evoked a mixed response. During the first half of the 1980s, he produced some films based on adaptations of science fiction stories including famous comic characters like Flash Gordon.

He began working in television projects during the early 1990s and produced some memorable works like ‘Sometimes They Come Back’ (1991) and ‘The Biblical Story of Solomon and Sheba’ (1995).

In 2001 the Academy of Motion Picture Arts and Sciences honored him with the Irving G. Thalberg Memorial Award for lifetime achievement.

Dino De Laurentiis married Silvana Mangano, his ‘Bitter Rice’ heroin, on July 17, 1949. They have four children together. The couple eventually divorced in 1988. He married Martha Schumacher on April 7, 1990.

The couple was blessed with two daughters. He breathed his last at his Beverly Hills home at the age of 91 on November 10, 2010.

De Laurentiis was a stalwart in Italian film industry instrumental in bringing Italian films to the world stage. He has more than 500 films to his credit as producer/co-producer. Out of these sheer numbers of movies, 38 were nominated for Academy Awards.