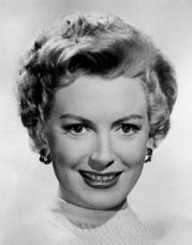 Deborah Kerr was a Scottish actress who is best known for her role in the King and I.

Deborah Kerr was born on 30 September 1921 in Glasgow, Scotland. Her parents were Kathleen née Small and Arthur Kerr-Trimmer. Kerr’s father had served in the British Army during the First World War and lost a leg at the Battle of the Somme in 1916. After returning from the War, he became a naval architect. Kerr had one sibling, a brother named Edmund.

Kerr received her education in Bristol, England, where she attended the Northumberland House School. Kerr wished to become a performer and trained as a ballet dancer. She performed at Sadler’s Wells in 1938 but later decided to become an actress. She received acting lessons from her aunt, Phyllis Smale, in Bristol.

Deborah Kerr performed in some Shakespearean productions taking minor walk-on roles. Her first stage performance was in a mime play, Harlequin, and Columbine. She was cast in a small role in the spy drama, Contraband. However, her scenes were cut from the final edit. Kerr made her screen debut in 1941 when she appeared in the British film, Major Barbara. The same year she appeared in her second film, Love on the Dole. The following year Kerr appeared in four more films and had become a star within British cinema.

1943 saw Kerr make her West End debut as she appeared in Heartbreak House. Kerr received hugely positive critical reviews for her performance. The same year she appeared in the film, The Life, and Death of Colonel Blimp. The British military and political class were hostile to the film feeling it would undermine the morale of troops and civilians. However, the film proved to be both a critical and commercial success. The 1947 film, Black Narcissus, brought Kerr to the attention of American audiences.

In 1949, Deborah Kerr starred alongside Spencer Tracy in Edward, My Son. The film earned Kerr and Academy Award nomination. Kerr landed a series of roles playing a British upper-class lady style character. Kerr appeared in another hit film in 1950, King Solomon’s Mine. The film was shot on location in Uganda and also featured, Stewart Granger. Kerr also appeared in a 1953 screen adaption of Shakespeare’s, Julius Caesar. The same year Kerr played Karen Holmes in one of her critically praised performances in, From Here to Eternity. The film featured an iconic scene with Kerr and Burt Lancaster on a Hawaiian Beach.

Kerr made her Broadway debut in 1953, she appeared in, Tea and Sympathy. Kerr then went on a national tour with the production. In 1956, Kerr played Anna Leonowens in her most famous role in the musical, The King and I. The film also featured Hollywood legend, Yul Brynner. The film was a commercial success and was nominated for nine Academy Awards. The next year saw Kerr star with Cary Grant in, An Affair to Remember. Kerr was again nominated for an Academy Award for her performance in 1960’s, The Sundowners.

In 1965, Deborah Kerr starred in the star-studded romantic comedy, Marriage on the Rocks. The film also starred Frank Sinatra and Dean Martin. Kerr left Hollywood in 1969 due to increased pressure from younger actresses and demand to perform nude scenes. Kerr returned to the theatre playing in the West End production, The Day After the Fair, in 1972 and on Broadway in 1975 with the show, Seascape. Two years later she appeared in the George Bernard Shaw play, Candida, in London’s West End.

Deborah Kerr married Anthony Bartley in 1945. Bartley had served as a squadron leader in the RAF during the Second World War. They divorced in 1959; they had two children, Melanie and Francesca. Kerr then married Peter Viertel in 1960. The couple lived predominantly in Switzerland and Spain. Towards the end of her life, Kerr returned to her native Britain. Kerr had Parkinson’s disease and succumbed to its effects on 16 October 2007 in Suffolk England. Her husband died within a month of Kerr’s death.

Deborah Kerr won a Golden Globe Award for Best Actress in a Musical or Comedy for her performance in The King and I. the New York Film Critics Circle Awards named Kerr the Best Actress of the Year three times, 1947, 1957 and 1960. Ker was nominated for six Academy Awards for Best Actress, but she failed to win any. In 1994 the Academy granted her an honorary award. Kerr was made a Commander of the British Empire by Queen Elizabeth II of England.