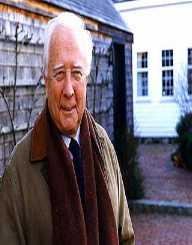 David McCullough has lived a life full of interests.  It is his writing and historical research that makes him popular in all types of media.

McCullough was born on July 7, 1933, in Pittsburgh, Pennsylvania.  David McCullough grew up with three brothers.  His parents, Christian and Ruth, often discussed history.  This is something that has played a big part in his writing genre of choice.

David McCullough always had a love for learning.  David McCullough attended Shady Side Academy in his youth.  Later he attended Yale University.  While he had thoughts about pursuing some careers from artist to lawyer to medicine, he finally decided to follow his passion in writing.

During his twelve years in the workforce, David McCullough was also working on his books.  History became an area of interest and fascination.  His first book, The Johnstown Flood was published in 1968 with much praise.

While David McCullough was offered contracts with topics for writing, he went on to write what others may not have written about differently.  His next book, The Great Bridge, was in print in 1972 with the same kind of positive feedback as his first book.

The book that truly made David McCullough more well known was his 1977 book The Path Between the Seas:  The Creation of the Panama Canal.  Not only did it receive multiple prizes and honors, but it also helped the Carter administration pass the treaties to hand over ownership of the canal to Panama.

His next book Mornings on Horseback about the life of Theodore Roosevelt was also a National Book Award winner. Truman was published in 1993 and earned him his first Pulitzer Prize.  His next book John Adams won the same prize nine years later.  Certain books became a springboard for the next book.

David McCullough did more than just write books.  He was the narrator for the film Seabiscuit in 2003 as well as documentaries such as Ken Burn's The Civil War and NOVA's A Man, A Plan, A Canal:  Panama.

Other narrations include his audiobooks like 1776 and The Wright Brothers. David McCullough was also the host of PBS's American Experience for eleven years. McCullough continues to write and publish books.  His next book The Pioneers is scheduled to be published in 2019.

Many of McCullough's biographies have won awards.  Some have also been adapted for film or television.  For example, the biography of Harry S. Truman was an HBO TV movie while the biography of John Adams was an HBO mini-series.  He has taken history and presented it in a way that is narrative and engaging.