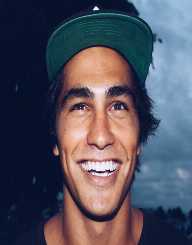 Born on July 23, 1996, David Dobrik is a Slovak social me star who plies mainly on Vine and YouTube. The unassuming young chap is so original, unlike the other social media personalities who try to imitate other celebrities. Full of humour and very lively; David produces quality contents for his Vine and YouTube channel. It is not surprising that he has a huge following now because he is genuine. His youtube channel, David Dobrik has more than 3.7 million subscribers. David’s presence of social media has also paved the way for him in the world of acting as he featured in the TV series The Honest Show and Prank U.

David Dobrik was born on July 23, 1996, in Kosice, Slovakia. The family later moved to Chicago, United States of America when he was young. He has other siblings that he used to feature in his videos. According to his accounts, he was into cattle raising on a farm in Illinois before he discovered the video streaming site vine. David is a school dropout, but according to him, he does not regret not going to college. He is always full of gratitude to Vine, which brought him into the limelight. The social media has done him good because he could have wasted his talent in other fields if not to be such platforms.

From David’s own mouth, he would have been raising cattle if not to be social media platforms like Vine. His life on social media started when he created a Vine account in April 2013. He quickly proceeded with posting original contents, which were received well by fans. Steadily, he was able to increase his fans with more exciting and hilarious videos. He became attractive to the youth especially ladies who trooped to his account to find out more about him.

As a beginner, David Dobrik started with solo videos but later began collaborating with other vine stars like Gabrielle Alex Ernst, Hanna and Brandon Calvillo. He then ventured into YouTube and created the channel daviddobrik on December 19, 2014. The account in less than three years has more than 3.7 million subscribers with over 834 million video views. Before setting up that channel, he collaborated with friends like Cameron Jack Dytrych, Kasper, Bren Lunn and Jake Webber to create the channel Second Class on July 17, 2014. The channel had over 16,000 subscribers.

He is on Twitter with 633,000 followers and his introduction on that platform in “Sexy, Gorgeous and Humble”.The Mr good looking seems to be on all popular platforms as he is also present on Instagram with 2.9 million followers and counting. With his consistent postings, David has become a force to reckon with on social media and is still working hard to achieve greater heights.

It seems it is easier for social media personalities to date among themselves and that is precisely what David Dobrik is doing now. He is currently in a relationship with another famous social media star, Liza Koshy. Liza has a strong presence on social media with more than 8.8 million subscribers on YouTube. The two seems to be enjoying a sweet love life and are seen together mostly. They celebrated their nine months anniversary by attending the Summer Olympics in Rio. The two may take it to the next level soon.