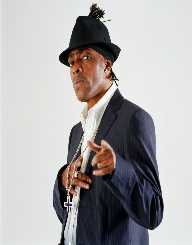 Artis Leon Lvey Jr. aka Coolio was born on the 1 August 1963 in Compton, California.

Coolio was educated at Compton Community College in California.

After leaving college, Coolie had a series of jobs including firefighting and working in security at LAX airport. Coolie first two music singles were Whatcha Gonna Do (1987), and You’re Gonna Miss Me (1987). Then in 1991, he joined the rap group WA and the Maad Circle. He appeared on their album Ain’t a Damn Thang Changed.

As early as the 1990s, Coolie appeared on television. He looked in the film Retirement alongside Peter Falk and Rip Torn. The soundtrack was from his Return to the Gangsta album. Coolio had a cameo appearance in Daredevil (2009). He had his reality television show, Coolio’s Rules and also a cooking show Cooking With Coolio, which was hugely popular. Coolio has also appeared in Celebrity Cook-Off and Celebrity Chopped. In 2009, Coolio was in Celebrity Big Brother in the UK, and he was also in Celebrity Wife Swap in March 2013.

Coolie is a spokesperson for the Asthma and Allergy Foundation of America. He has also given support to the organization Environmental Justice and Climate Change. The organization’s focus is educating students at college and university level about global warming.

An accomplished chef, Coolio is currently writing a new cookbook in collaboration with his friend and fellow musician Juarez.

Coolio was fined $17,000 and given six months probation in 1998, after a conviction for causing bodily harm and robbery.

Coolie and a group were arrested on the 17 September 2016 at LAX airport because a loaded firearm was discovered inside a bag. On the 26 October 2016, Coolio was ordered to serve forty-five days community service and was also given three years probation.