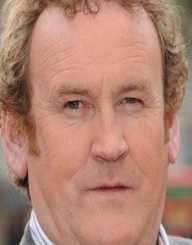 Colm Meaney was born on May 30th, in 1953. He is a celebrated Irish actor. He earned high acclaim after playing the role of Miles O'Brien in the hit film series dubbed Star Trek: The Next Generation. Meaney reprised his role in Star Trek: Deep Space Nine.

Colm Meaney showed a particular interest in acting right from the time he was 14 years old. This prompted him to enroll with Abbey Theatre School after completing his secondary education. Later on, he joined the Irish National Theatre as its board member. Over the coming eight years, Meaney spent his time touring with a number of theater companies.

In 1978, Colm Meaney kicked off his career in the TV industry. During this time, he featured in the BBC show called Z-Cars. After this, he guest-starred in different TV shows such as Play for Tomorrow, Strangers and Moonlighting.

After featuring in a couple of films during the early 1990s, his first taste of success came after starring in The Snapper -1993. He was nominated for the Golden Globe Award due to his exceptional performance.

Back in the TV industry, Colm Meaney earned a name for himself after featuring in Star Trek: The Next Generation. He made his first-ever appearance in the show in 1987. He continued to reprise his role as Chief Miles O'Brien until 1994. In total, he featured in 52 episodes.

After that, in 1993, Meaney again reprised his role as Chief Miles O'Brien in the hit show called Star Trek: Deep Space Nine. He continued playing the role of O’Brien until 1999. Altogether, he featured in 173 episodes.

Colm Meaney tied the knot with Bairbre Dowling in 1977. The couple welcomed their daughter called Brenda in 1984. Their marriage was not successful as it ended in divorce in 1994. Afterwards, Meaney wedded Ines Glorian in 2007. The two also have a daughter called Ada. She was born in 2005.