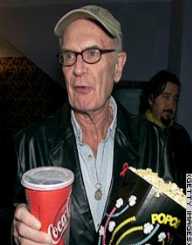 Charles Nelson Reilly was an American actor and director whose career spanned over five decades.

On January 13, 1931, a boy was born to Charles Joseph Reilly and Signe Elvera Nelson. The parents named him Charles Nelson Reilly. His father was of Irish descent, while his mother as a descendant of Swedish immigrants. This diversity of cultures in his parentage would play a significant role in his later life as an actor.

Reilly spent his early childhood in New York. Like most children growing up in the Bronx, he developed a taste of entertainment very early in life. He used to perform to his parents with his self-made puppets. His father, who was an artist himself, encouraged him by taking him to local circuses and puppet shows. His mother later moved with him to Connecticut, his maternal hometown. This was prompted by his father’s prolonged illness.

In 1944, he developed a phobia for crowds. This was after he witnessed a horrific fire incident at a circus show he was attending. The afternoon fire at the Hartford Circus killed 169 people. The Connecticut incident left a lifelong phobia in the young Reilly.

Charles Nelson Reilly briefly enrolled at the University of Hartford to study music. He dropped his musical dream after he realized that singing was not his natural passion. Nevertheless, he continued his interaction with operas. Reilly taught opera in several opera schools throughout the USA.

Having abandoned his opera dream, Charles Nelson Reilly turned to his childhood passion at the age of 18. He relocated back to New York in 1949. After some schooling from Herbert Berghof, Reilly joined the Broadway theater group. He got his first stage performance in 1960. The production Bye Bye Birdie was well received in New York and beyond. The success of the first show gave him a role in another production in 1961.

The stage cast titled How to Succeed in Business without Really Trying propelled him into the limelight of Stage Theater. Three years later he featured in another Broadway blockbuster Hello, Dolly!

After a successful stay at the Broadway, Charles Nelson Reilly went west to California. He transformed himself into a television figure. Reilly appeared in numerous shows and commercials. His first appearance on television was in 1965. He appeared on What’s My Line? This was a late show on CBS TV. Reilly also had appearances on other shows that year. Notable for him was The Steve Lawrence Show. In the late 1960s, he concentrated on the comedy The Ghost and Mrs. Muir. This lasted for two years, from 1968 to 1970.

In the 1970s, he hosted numerous shows on television. The Tonight Show with Johnny Carson made him a household name in California and beyond. The show had over 95 appearances. He was again a panelist on Match Game.

As an actor, Reilly made had some excellent television series under his name. Some of the notable television casts he featured in are Arnie, Lidsville, It Pays to Be Ignorant, The X-Files, and The Drew Carey Show.

He acted and directed some films in his late-life career. Some of them are All Dogs Go to Heaven, The First of May, and The Life of Reilly.

As an actor, Charles Nelson Reilly got a Tony Award for his performance in How To Succeed in Business Without Really Trying in 1962. He was again a nominee for a Tony Award in 1963. He came second best.

Charles Nelson Reilly was the only child of his parents. Despite his exploits in the acting world, his sexual orientations shadowed him. He never shied away from declaring his gay sexuality. This made him ruffle the feathers of some of the show producers. The American society was also not appreciative of the idea of the gay debate.

His trademark tuxedos and a hat marked him out of his peers.

On the 25 of May 2007, Charles Nelson Reilly passed on in Los Angeles. The remains were later cremated according to his wish.

The influence of Reilly was felt far and wide. Despite his sexuality, he managed to use his natural wit to promote his shows to the world. Using his charm and charisma, he compelled his audience to their seats. Reilly was a versatile actor and director. His work cut across theater, television series, film and animation cartoons. His boldness was unmatched. Notwithstanding the backlash, he forged ahead in declaring his union with his partner Patrick Hughes.