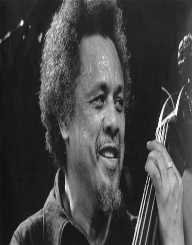 Charles Mingus was widely known as one of the notable figures of the 20th-century and most of all a remarkable bassist. Significant, Noteworthy and eminent were his order of the day. He was highly recognized for his style of music and compositions. Besides being a passionate musician, Mingus was also a renowned author, poet, bandleader and civil rights activist. His works came with an escort of creativity and imaginations that were quite visible. He truthfully defined anger, anxiety, sorrow, and joy in all of his songs. As soon as he played the bebop song, his name became the talk of the town. That is where he continued to blend fruitful results of classics, jazz, and gospel.

On April 22, 1922, Charles Mingus was born in Arizona, Nogales in the United States. Mingus derived from a Chinese and English American descent. At a younger age, his mother advised him to listen to church songs, but he loved Duke’s Ellington songs. In the process, Mingus learned to play several instruments such as trombone and cello. In the mid of 1930, he went to analyze his bass lessons under Red Calendar. But one thing caused him to fall, lack of enough resources. This made him spend hours and hours of time on vocal lessons that he learned by himself. From 1940 to 1950 Charles continued to learn different notations. After some years, he partnered with majestic bands and artists including Red Norvo, Russell Jacque, and Charlie Parker.

Charles moved to New York in 1951 where he served as a sideman. Here he performed with jazz artists including Miles Davis. He went on and founded a Max Roach Record in 1952.After several years; he launched his band the Jazz Workshop.

His success came knocking in 1956 when Charles Mingus released Pithecanthropus Erectus song that he later followed it up with The Clown. After three years, Erectus song was considered as one of his major works. In 1959 Mingus's band released another album titled Mingus Ah Um’. The album comprised of other notable songs such as Fables of Faubus and Goodbye Pork Pie Hat. The following year he came up with the Blue and Roots album.

Early in 1960, Mingus formed another band with prominent personals such as Eric Dolphy and Ted Curson. They later launched their album named Charles Mingus Presents Charles Mingus. From 1963 to 1966, he came up with a series of albums such as Mingus Plays Piano, ‘Mingus Mingus Mingus Mingus’ and The Black Saint and The Sinner Lady. Other album titled Changes One and Changes Two followed.

In the mid of 1971, Charles was selected as a professor of the State University in New York. After a few months, he wrote and published his autobiography Beneath the Underdog.

From 1971 to 2005 Charles Mingus received notable recognition. Some of them include the Down Beat Jazz Hall of Fame and Grammy Lifetime Achievement Award. It was believed that Charles possesses a naivety and sturdy personality. In 1966 he married Sue Graham Ungaro. In short, he had three wives. Towards the end of his achievements, Charles career was cut short due to sclerosis. He died at 56 years old in Mexico. In his honor, a stamp was issued by the United States Postal Service. In 1998 his lifetime documentary was released.