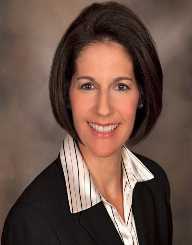 Catherine Marie Cortez Masto was born 29th March 1964, to Manny and Joanna Cortez. She was born in Las Vegas, Nevada, in the United States.

Cortez Masto studied at the University of Nevada and graduated in 1986 with a degree in Business Administration. She then did a further study by enrolling at Gonzaga University School of Law. Cortez Masto graduated with her law degree in 1990.

Catherine Cortez Masto gained admittance to the bar of Nevada in 1990. Consequently, in 1991 she joined the U.S. District Court in the District of Nevada. In 1994, Cortez Masto moved on to the U.S. Court of Appeals, sitting for the Ninth Circuit.

Over the next few years, Cortez Masto worked in the legal profession. She was a civil lawyer for four years, and after that, she became a criminal prosecutor for the U.S. Attorney's Office. The second position was based in Washington, D.C.

In 2006, Catherine Cortez Masto ran for the position of Attorney General of Nevada and won. She successfully secured a second term in 2010. As a result of regulations in Nevada, she was unable to run for a third term.

During her time in the role, Cortez Masto took on some high-profile cases. This included an investigation into the marketing practices of the Bank of America.

In 2016, Catherine Cortez Masto ran for a seat in the U.S. Senate and won. As a result of her winning the election, she became the first woman to represent Nevada. Furthermore, she was also the first Latina in the Senate.

Catherine Cortez Masto believes in global warming. Because of this, she wants to increase solar power and clean energy. She also supports an increase in green jobs.

Although she is a gun owner, Cortez Masto thinks there should be some form of gun control.

She supports gay marriage, and she also believes illegal immigrants should be able to get their citizenship.

Catherine Cortez Masto married Paul Masto in the late 1990s. He is a former Special Agent of the U.S. Secret Service. The couple met when they were both assigned to the protection of President Bill Clinton.