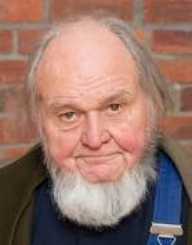 Carl Andre was born on September 16, 1935. He is an American minimalist artist. He is popularly known for his sculptures that are grid formatted and linear formatted. In 1988, he was tried for the death of his wife, Ana Mendieta but he was acquitted in the same year. He is currently eighty three years old.

Carl Andre was born on September 16, 1935, in Quincy in Massachusetts. In 1951, he joined the Phillips Academy in Massachusetts where he studied art. In 1953, he graduated from the school. At the school, he met Hollis Frampton who was his influence in the art of sculptures. In 1955, he joined the United States Army where he served until 1956. In 1956, he moved to New York City where Frampton introduced him to Constantin Brancusi. In 1958, he met Frank Stella through Constantin. In 1958, he started sharing studio space with Frank until 1960.

Carl Andre started his career by carving wood. He got the art of carving wood from Brancusi. He later developed a series of wooden cut sculptures. In 1959, he sculpted ‘Radial Arm Saw Cut Sculpture’ and ‘Maple Spindle Exercise.’ In 1960, he started working as a freight brakeman and conductor for the Pennsylvania Railroad, New Jersey until 1964. During this time as a brakeman and conductor, he wrote a lot. The poetry he wrote resurfaced later via the 1980 book ’12 Dialogues’.

In 1965, the first exhibition of his work took place in the ‘Shape and Structure Show’ at the Tibor de Nagy Gallery. In 1969, he played a major role in organizing the Art Workers Coalition. The following year, he had a solo exhibition at the Solomon R. Guggenheim Museum. In 1972, his work ‘Equivalent VIII’ was acquired by Tate Gallery in Britain. The ‘Equivalent VIII’ was an arrangement of firebricks.

In 1979, Carl Andre met Ana Mendieta, and they got married in 1985. In 1985, Ana died after she fell from a 34th storey apartment window after an argument with Carl. The apartment was owned by Carl at the time of her death. The fall was however not witnessed by anybody. Carl was arrested by the police on the same day after accounts of what happened to his wife did not match what he had reported when he called 911.

He was later on charged with the second degree murder of his wife. He was tried before a judge excluding the jury. In 1988, he was acquitted of all the charges that tied him to his wife’s death. To date, he has never married again. He is currently eight three years old.