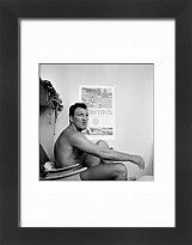 Brian London was born on June 19, 1934, in West Hartlepool, County Durham, England.  His father was Jack London, who was a boxer. He also had a brother named Jack Jr, who was also a boxer. He later used the boxing stage name Brian London, which is the name that he is best known for now.

The mid to late 1950’s were some of the most trying times of London’s career, even though it was just the beginning of his career. He had a winning streak for all of 1955, but he was defeated in 1956 by Henry Cooper. This defeat did anything but deter Brian London. He continued to fight. He won nearly every match between 1956 and 1958, with the exception of two losses to Heinz Neuhaus and Willie Pastrano.

It was in the summer of 1958 that Brian London had a major shot at the British Heavyweight Title. He fought Joe Erskine for the title and won. However, he did not keep the title for long. He lost the title in 1959 when he lost to Henry Cooper, who had defeated him once before.

In 1959 through 1960, Brian London worked towards earning the World Title in boxing, but he was not able to win this title. By the end of the competition, it was Floyd Patterson who kept the title (as he had it before the competition started and no one could defeat him). This loss did not stop London from trying to go after other titles.

The 1960’s were a tough time for Brian London, as he did not win many matches. In 1960, he fought Dick Richardson for the European Heavyweight Championship,  but he lost. After losing this match, Brian London threw a fit, which started a fight after the match. He was later fined by the British Boxing Board of Control because of the commotion he had caused at the event.

Brian London seemed to be losing the skill that he had proved he had in the 1950’s. He lost matches to both Eddie Machen and Ingemar Johansson before the mid-1960’s. In 1964, he challenged his old opponent, Henry Cooper, to fight for both the British and Commonwealth titles. However, Brian London lost this match as well. Luckily, Brian London did win one impressive fight in the early half of the 1960’s, and that was in his fight against Billy Walker.

The late 1960’s did not prove to be much better for London’s career. In 1966, he competed for the World Heavyweight title again, but he lost to Muhammad Ali. He lost again (in a non-title match) to Jerry Quarry in 1967. In the 1960’s, he would only win one major fight, and that was against Zora Folley. His other defeats for this decade included Jack Bodell and Jack Quarry (again).

London’s last fight was in 1970. He fought against Joe Bugner, who was new to the professional boxing scene at the time. He lost this match and retired from boxing soon after.

After Brian London retired from boxing, he became a businessman. He bought and ran a nightclub in Blackpool. He no longer personally runs the nightclub, but he still owns the building.

Brian London is currently married and has three children.