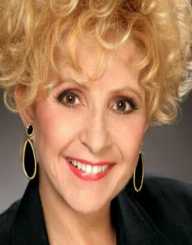 Brenda Lee was born on December 11, 1944, in Atlanta, Georgia, USA. He parents are Grayce and Reuben Tarpley. Sadly, her father died when she was a child, so her mother was her primary caregiver. Her mother later remarried to Jay Rainwater, who supported Brenda’s career.

As a child, Brenda Lee grew up in a poor home. Her parents had to work long hours just to make ends meet. When they discovered that Brenda had a beautiful singing voice, it was like an answer to their prayers. Brenda would often enter in talent and singing competitions to earn the family some much needed extra money. She would also often appear on singing television shows to earn extra money.

Brenda Lee officially signed on with Decca Records in 1956, when she was still a child. Her family moved to Nashville shortly after, so she could further pursue her music career. She would often sing at the Grand Ole Opry, which helped her fame to grow. Even though she was performing in many shows and earning a considerable amount of money for the venues she performed at; she was not entitled to much money for herself. Much of the money she made was put in a trust that she would not have access to until she turned 21. In the meantime, her family continued to live in poverty. It was not until she petitioned in court for more access to her money that her family was able to move out of a trailer park into a real home.

In 1958, Brenda Lee released her first album with Decca Records, Grandma, What Great Songs You Sang! This album was cute, showing off the talents of the young girl.

The 1960’s was an extremely productive time for Brenda. In this decade alone, Brenda Lee produced 16 records with Decca Records. Her third album, This Is...Brenda made it to #4 on the charts, the highest of any of her records from this decade. Another album, All the Way, was the first of her albums to chart (#20) in the UK and US. Some of her other popular albums from this decade included All Alone Am I, Bye Bye Blues, and Let Me Sing.

Later on, in her teenage years, Brenda Lee began to go on tours throughout the United States and in Europe. She performed shows in Nashville, Los Vegas, Paris, and in other large cities. Sadly, in the mid-1960’s, her music manager, Dub Allbritten, died. After this tragedy, Brenda’s music went in a new direction.

Brenda Lee only had a small one-episode long role in this show. In the same year, she also appeared in the film The Two Little Bears. She also had a part as an extra in The Red Skelton Hour television show. After this appearance, she took a decades-long break from acting. It wasn’t until 1980 that she had a small role in the film Smokey and the Bandit II. This would be her last appearance in film or television as an actress; although, she would continue to appear on screen as a singer, and many of her songs went on to play in almost 100 movie and television shows.

Throughout the 1980’s, Brenda Lee continued to work with MCA Records. In this decade, she slowed her album releases, only producing four studio albums: Even Better, Take Me Back, Only When I Laugh and Feels So Right. The last of these albums was released in 1985.

It wasn’t until 1991 that Brenda Lee released her next album, Brenda Lee, this time working with Warner Bros. Records. However, this would be the only album she would produce with them. Her next album, Precious Memories, released in 1997, was made with BL Productions.

Brenda’s most recent album, Gospel Duets with Treasured Friends, was released in 2007 with the Provident Label Group.

All of Brenda Lee’s awards and accomplishments are due to her music career. Some of her most impressive awards are listed below.

Brenda Lee married Ronnie Shacklett in 1963. This couple had two daughters together: Jolie and Julie.