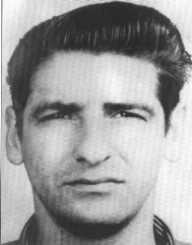 The Boston Strangler was an American murderer who terrorized the Boston area from the latter half of 1962 until 1964.

The Boston Murders And His Victims

13 women were credited under this killer’s works starting from June 1962 until January 1964. All his victims were single women who live in the Boston area between the ages of 19 to 85. The first recorded murder credited to the Boston Strangler was on June 1962 and was identified as fifty-six-year-old Anna E. Šleres. Shortly after the first victim, the next recorded killing crediterd under the Boston Strangler eighty-five-year-old Mary Mullen who died from a heart attack as described by Albert DeSalvo, a man claiming to be the one responsible for the Boston murders.

The third victim was Nina Nichols who was 68 at the time and was sexually assaulted and strangled by a pair of nylon stockings, followed by Helen Blake, 65, who suffered the same way as the aforementioned. The next four victims suffered the same death, namely 75-year-old Ida Irga, 67-year-old Jane Sullivan, 20-year-old Sophie Clark, and 23-year-old Patricia Bissette. The ninth victim had a different modus compared to the previous victims; 69-year-old Mary Brown was not only strangled but raped, beaten, and stabbed as well. She was followed by 23-year old Beverly Samans who was stabbed to death. The last three victims were 58-year old Evelyn Corbin, 23-year old Joann Graff, and 19-year old Mary Sullivan. Besides Graff, Corbin and Sullivan were both sexually assaulted in contrast to Graff who was only strangled to death.

On October 1964, Albert DeSalvo was charged with rape and consequently, he followed it up with a detailed confession of the Boston Strangler; some of it containing information that was withheld from the public. Prior to his confession, he confessed to his inmate George Nassar who in turn, confessed to his attorney, F. Lee Bailey. Bailey took on the case of DeSalvo’s case as his attorney.

Despite working on the case, DeSalvo was sentenced in 1967 to life prison. Shortly after, he escaped in prison along with other inmates from Bridgewater State Hospital which triggered a full-scale manhunt for the escaped convicts. He disguised himself as a US Navy Petty Officer but subsequently turned himself in shortly after. He was transferred to Walpole State Prison, a maximum security prison for extra security. DeSalvo was stabbed and killed six years after his transfer in Walpole State and his assailant was never identified.

A number of years have passed since the Boston Strangler’s incident and despite DeSalvo’s confession to the crime, local authorities and others are still investigating the case and the killer’s identity. The medical director of Bridgewater State Hospital, Dr. Ames Robey, has voiced his opinion stating that DeSalvo was not the Boston Strangler. Others have also voiced their claim in support of Dr.Robey such as District Attorney John J. Droney, Bridgewater Superintendent Charles Chaughan, and Susan Kelly, an author who would later publish a book in 1996 entitled The Boston Stranglers.

Kelly believed that the Boston Strangler was not a single individual but rather consisted of multiple killers. With the aid of DNA testing, DeSalvo was proven to be the killer responsible for the death of the final victim, Mary Sullivan; however, prior murders were not proven under DeSalvo’s work.