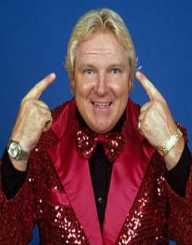 Bobby Heenan was born in the American state of Chicago on 1st November 1944. Bobby Heenan became a follower of the wrestling sport from his early years. Bobby's family gravitated towards the state of Indianapolis at some point, and he spent some of his growing up years there. His mother and grandmother were poor, and he had to drop out of school in right grade to fend for the family.

As the years rolled by, Bobby Heenan got into the wrestling circuit and started out as a bag-carrying and jacket –handling buddy for wrestlers. Beyond this, he at some point also sold refreshments during tournaments

Bobby Heenan made his wrestling debut in 1965 and bore the moniker, Pretty Boy. He also worked in-between as one of the heel managers and his talking tactic was an attraction. The essence of this role was to heat up the audience during, before and after wrestling bouts with tough talk. When there are tough talks during these bouts, there is heat in the atmosphere and at the end; the audience has their adrenalin pumping. In this wise, they might end up paying more for the next scheduled matches and help the organizer’s ramp up the ticket sales.

Bobby Heenan saw both sides of life at the ringside as he got pelted with hard boiled eggs at some point. Also, Bobby had coins, beers cans and even nails thrown at him. The hazards of this job exposed him at a time to a fan that had Bobby’s head caved with the hammer.

Bobby Heenan faced a rude shock in the state of Chicago during one of the wrestling tourneys in the bout between Nick Bockwinkel and the fitting match, Verne Gagne. When Bobby disrupted the game at some point, an enraged fan fired volleys of gunshots at him but thankfully, missed him be whiskers. The shots brazed the bodies of five wrestling buffs, but a child got a permanent disability as the effect of the shots rendered the lad deaf.

Bobby recoiled after this incident although he did not suffer any bodily harm. After getting laid-off on his won for a while, he mustered the courage to return to the ringside.

Commonly monikered as the “The Brain,” Bobby Heenan brought smiles and excitement to many followers of the sport. A mix of the time-honed followers of wrestling over the last half a century and the Gen-Xers and the millennials had a taste of Bobby's showmanship. Bobby Heenan penned his autobiographies and made them as two versions. While the first took note of his early years and sporting life, the second covered his exploits on the wrestling circuit. He named the face-off between the legendary Hulk Hogan and the humongous Andre the Giant in the vaunted Wrestlemania III as his favorite attraction. Getting hugged up to Andre the Giant was a match-up that drew the ire of Hulk Hogan and Bobby thoroughly enjoyed the offshoot of the entire hullabaloo. He drew attention to WWF hands like Haku, Rick Rude, Curt Hennig as well as John Studd. And his involvement with these and other wrestlers marked them out as serious contenders.

Over the years of Bobby's ringside and turf displays, the wrestlers in his coterie ended up winners of the line-up of belts in the World Wrestling Federation as well as the less-fancied AWA.

A Take On Work

Bobby Heenan and Gorilla Monsoon were in fact very close friends behind the camera. On the other hand, they are known at odds with each other in their whole run as on-screen co-hosts and commentators. Bobby alluded to his closeness to Gorilla in his first autobiography. Bobby described him as intelligent, honest and gentle The Heenan-Monsoon combo came to an end after a nine-year run when Vince McMahon decided to take his TV production on a different route.

Bobby, the Brain and Gorilla Monsoon, laughed together and had crying times as a duo as well. They were reputed to have phone chats every week until the death of Monsoon in the year, 1999. Bobby and Gorilla enjoyed a chummy relationship that saw them exchange visits regularly and this the world can’t forget.

Bobby Heenan no doubt learned the art of the glib-talk, and this made not a few comments that he would have had an alternative career as a TV talk show anchor. Others even commented that Bobby could have had it running well as one of the comedians. By following the events that got aired on WWE Network between the years 1991 and the end of 1993, many can get to know more about Bobby. Bobby Heenan flashed his smile without let and was a diadem when seated on any of the tournament’s commentary seats. He raved and ranted as one who had the ethos and intrigues of the sport firmly under his renown. No wonder he was such a revered audience delight. Bobby Heenan was able to pull through a half-century time span in the business of wrestling, and this is a testament to his candor, demeanor, panache and larger-than-life image.

Bobby Heenan suffered a fall that caused him severe pains, and this was reported to have injured his hips.
Reports that got widely circulated revealed that Bobby ‘The Brain’ Heenan had successfully survived surgery in April 2015. Bobby had recovered from a hip operation due to an accident that happened. T-Mart Promotions on their Facebook site noted this. Bobby Heenan was going to be unable to make an appearance on the wrestling turf, and he was sidelined after the surgery. The entire scenario led Bobby to cancel his Universe Store appearances that were scheduled for 21st September 2015. Many athletes had their careers terminated when stung by injuries, and this was undoubtedly a stopper for Bobby the Brain as well.

Bobby Heenan got his imprints cemented as someone who was a body-buddy for pro wrestlers. Noted for his early years a jacket handler, Bobby certainly had enough trail to show how he lived his life in and around the ringside.
By successfully working on the turf across WCW, AWA as well as the WWF, Bobby Heenan displayed an uncommon uniqueness of one who had wrestling under his wraps. Bobby was inducted into the WWE Hall of Fame in the year 2004. Bobby's renowned autobiographies were titled “Chair Shots and Other Obstacles: Winning Life's Wrestling Matches” and “Bobby The Brain: Wrestling's Bad Boy Tells All.”

Bobby Heenan, the Brain Heenan, got married to Cynthia Jean in the year 1966 and precisely in September. They had a daughter named Jessica in the year 1978, who had Bobby’s grandson in the year 2008.