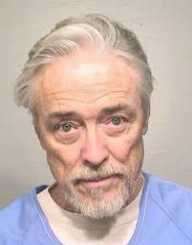 Bobby Beausoleil was born on November 6, 1947, in Santa Barbara, California, United States. He is an American musician who was part of the Charles Manson circle involved in several murders. He is serving a life sentence in California for the murder of Gary Hinman in July 1969. His initial sentence was a death penalty but was commuted to life imprisonment and remains incarcerated to date.

Bobby Beausoleil was born Robert Kenneth Beausoleil on November 6, 1947, in Santa Barbara, California, United States. He was a very prudent but stubborn young man, and by the age of fifteen, he had been sent to a correctional school. After completing his years at the reform school, he operated between two states of California and Los Angeles. He loved acting and music and had aspired to become a great musician.

He sang in several bands that played rock music in 1966 including two famous bands known as Love and The Milky Way. In 1967 he featured in Kenneth Anger’s film Lucifer Rising, and 1969 moved in with Gary Hinman. While living with Gary, he also became part of Charles Manson cult group.

After breaking from Kenneth Anger, Bobby Beausoleil became so much involved with Charles Manson who was impressed with his talent. He was initiated into the Manson family and soon began indulging in their treacherous and cruel activities. His first participation was in the torture of Gary Hinman who owed Manson some money from a sale out.

Bobby was the man in question sent to collect the money from Hinman, but it was not without a serious altercation. The two engaged in a confrontation and a fight ensued when Manson took a blade and cut Hinman on the face before commanding Bobby and his other accomplice to kill him. Bobby stabbed Hinman and used his blood to write on his wall ‘Political piggy’ to give the police a false impression that Hinman was killed by a group of revolutionaries.

Bobby Beausoleil was later arrested on August 6, 1969, and after two trials he was found guilty of first degree murder on April 18, 1970. He was convicted and sentenced to death at the age of twenty two by a Superior Court Jury in Los Angeles. In 1972, the California Supreme Court ruled against the death sentence stating that it was unconstitutional. He was then commuted to life in prison and began serving his jail sentence on June 23, 1970. He later served his jail term in Oregon from August 1994 and August 2015. While still in Prison he completed the soundtrack of the film Lucifer Rising.

Bobby Beausoleil presented his request for parole on August 15, 1978, and later had about eighteen hearings which were denied each time. His latest parole hearing was held in 2010 which was also rejected followed by the October 14, 2016 hearing. The latter was also denied by California parole authorities, and he was granted another possible hearing for parole in 2018. He is currently held at a California Medical Facility still incarcerated. He is seventy years old.