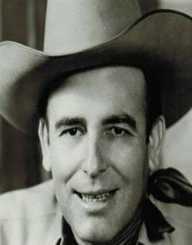 James Robert Wills was born 6th March 1905, to John and Emma Wills. He was born in Limestone County, Texas, in the United States. The family owned a cotton farm, but Wills’ father was a renowned violinist, also known as a fiddle player. He learnt to play the violin and the mandolin as a youngster. He had several brothers and sisters, and they all played musical instruments to entertain others. When he was 16 years old, Wills left home and became a drifter, traveling from town to town. He had, by this time, become known as Jim Bob.

When he was in his 20s, Bob Wills trained to become a barber. He moved to New Mexico for a while, but he then returned to Turkey in Hall County and took up a barber’s position at Hamm’s Barber Shop. In 1929, he moved to Fort Worth. He alternated between barber work and fiddling to earn his living. He wore blackface to do his comedy routines, which was commonplace for the period. In the show he was performing in at the time there was already a performer called Jim, so the manager began to call him Bob.

In 1930, Bob Wills formed The Wills Fiddle Band. The band was renamed to the Light Crust Doughboys shortly after due to radio sponsorship. He moved to Waco and formed another band, The Playboys. The band became very popular and then proceeded to Oklahoma City, followed by Tulsa, Oklahoma. They began radio broadcasting as well as performing at dances of an evening.

In 1940 they released New San Antonio Rose, which sold over a million copies and became their signature song. The band debuted in their first movie in 1940, called Take Me Back To Oklahoma.

In 1942, Bob Wills enlisted in the Army, and he received a medical discharge in 1943. He appeared in eight movies between 1942 and 1945. All up, he appeared in 19 films. In 1943, after his service discharge, Wills took up residence in Hollywood and began to reassemble the Texas Playboys. During the Great Depression and World War II, many of his fans had also moved to the Los Angeles area, so he became immensely popular in a very short space of time.

His fees for performing at dances with his orchestra were said to be enormous, and it was reported by Billboard that he took more money than Harry James and Benny Goodman.

In 1944, Bob Wills and his group went on their first tour, and in 1945, his dances were drawing bigger crowds than Tommy Dorsey and Benny Goodman. He moved to Fresno in California, and in 1947, opened his nightclub, Wills Point, in Sacramento. He was booked out a long way in advanced due to his popularity, and he also did syndicated radio shows.

Wills became a heavy drinker and by the late 1940s was unreliable and at times couldn’t perform. A disagreement grew with Tommy Duncan, and in 1948, Duncan was fired. In 1949, he moved back to Oklahoma City. He went back on the road to pay his bills and finance his nightclub. He opened a second club, the Bob Wills Ranch House, in Dallas, Texas. The managers he put in turned out to be dishonest and left Wills in terrible financial trouble.

Wills became known as the “King of Western Swing.”

1968: Inducted into the Country Music Hall of Fame

1970: Inducted into the Nashville Songwriters Hall of Fame

In 1942, he married Betty Anderson, and they were still together at the time of his death in 1975.