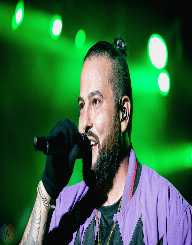 Ahmad Balshe was born 7th April 1984, in Jenin, Palestine. He migrated to Ottawa, Ontario, in Canada, when he was a youngster, and grew up there.

Ahmad Balshe is known by his performing name, “Belly” which comes from the word “rebellious.” He is a rapper/hip-hop artist.

Belly began his career performing in clubs, but has moved on, and as well as performing himself, has also written songs for many top performing artists, including Beyonce. The song he wrote for Beyonce was called, 6 inch, which was off her Lemonade album.

He also writes for fellow Canadian, The Weeknd.

His first single, Pressure, reached number 10 on the Canadian CHR radio charts, and number one on MuchMusic’s Video chart.

Belly has collaborated with several other prominent artists from the same genre, including Travis Scott, Juelz Santana, French Montana, and The Weeknd.

Belly has won a Juno award and three MuchMusic Video awards. His Juno award was in 2008 for his album The Revolution.

In 2016, he was also presented Songwriter of the Year Award by the Society of Composers, Authors and Music Publishers of Canada (SOCAN).