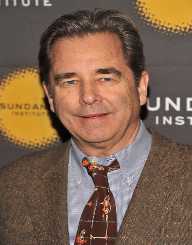 Actor Beau Bridges was born Lloyd Vernet Bridges III on the 9 December 1941 to actors Dorothy Simpson and Lloyd Bridges in Los Angeles. His younger brother Jeff is also an actor, he has a sister Lucinda, and in 1948 his baby brother Garrett Bridges died from SIDS.

After his university years, Beau Bridges joined the United States Coast Guard Reserve (1959-1967). In the early 1960s, Bridges was in his father’s television series, The Lloyd Bridges Show. He also appeared on television in National Velvet, The Fugitive, Bonanza and The Loner.

Beau Bridges has received dozens of nominations for his work. In 2003, he received a star on the Hollywood Walk of Fame. And in 2012, he was the recipient of the inaugural Betty Garrett Lifetime Achievement Award presented by Theatre West, Hollywood.

He shared a 2009 Grammy: Best Spoken Word Album for An Inconvenient Truth with Cynthia Nixon and Blair Underwood. The National Society of Film Critics awarded him the 1990 Award Best Supporting Actor for his role in The Fabulous Baker Boys (1988). And in 1992 he won a Primetime Emmy for Outstanding Lead Actor in a Miniseries for The James Brady Story (1991), winning the award again in 1993 for his performance in The Positively True Adventures of the Alleged Texas Cheerleader-Murdering Mom (1993).

Beau Bridges was married to Julie Landfield for twenty years before the couple divorced (1964-1984). They share two sons: Casey and Jordan. In 1984, he married Wendy Treece, and their children are Dylan, Emily, and Ezekiel. He is an environmental activist and involved with Ventura Coastkeeper, California.

Beau Bridges was a basketball player in college. Other interests include music and playing guitar.