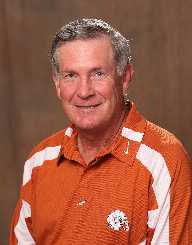 Paul William ‘Bear’ Bryant was born on September 11, 1913. He was an American coach and college football player. He was the head coach of the University of Alabama Football Team. He trained the team for twenty five years with a lot of skill and precision. He ended his career as a coach giving his team a total of three hundred and twenty three wins. He retired from American football in 1982. He was also once the head football coach at the University of Maryland, Texas A & M University and University of Kentucky. He died in January 26, 1983 at the age of sixty nine.

Paul William ‘Bear’ Bryant was born in September 11, 1913 in Moro Bottom in Cleveland County, Arkansas. He was born to Wilson Monroe and Ida Kilgore. He was brought up alongside eleven siblings. At the age of thirteen, he got his nickname bear when he contended to wrestle a bear that had been captured at a carnival promotion. He went to Fordyce High School. He started playing football when he was in eighth grade. In 1930, his school team won the Arkansas State Football Championship.

In 1931, Bear Bryant got a scholarship to play for the University of Alabama football team. He however left high school before graduating so he had to join Tuscaloosa High School in order to complete his high school education. He played for the Crimson Tide and also participated in the school’s 1934 National Championship Team.

He later pledged to the Sigma Nu social fraternity and married Mary Harmon when he was a senior. But he kept the marriage a secret from the team since they wanted active players to remain unmarried. In 1936, he was selected by the Brooklyn Dodgers in the fourth round of the NFL Draft. He however never played professional football.

Career as a Coach

He later served as a head coach for the Commodores since Henry was recovering from a minor surgery. In 1941, he joined the United States Navy and served as an assistant with the Georgia Pre-Flight Skycrackers. He was later honourably discharged from the Navy and tasked with the duties of training recruits and coaching the North Carolina Navy Pre-Flight Football Team.

In 1945, Bear Bryant became the head coach of the Maryland Terrapins and led them to several victories before he left during the 1945 season to become the head coach at the University of Kentucky. He coached the University of Kentucky Football Team for eight seasons. In 1947, the team made its first bowl appearance under Bryant. In 1950, they won their first South Eastern Conference Title. He also led the teams to the appearances in the Orange Bowl, Cotton Bowl Classic and the Great Lake Bowl.

Bryant however resigned as head coach after the 1953 season. In 1954, he became the head coach at Texas A & M University. He was also the director of athletics at the school. He led the team to various victories that they had never anticipated. In 1958, he became the head coach at the University of Alabama. In 1961, under his leadership, the Alabama Football Team won the Sugar Bowl. In 1962, they won the Orange Bowl defeating the University of Oklahoma Sooners. In 1964, they won the Sugar Bowl. Bryant led the team to many wins during his tenure as coach.

In 1970, Bear Bryant retired. He died in January 26, 1983 at the age of sixty nine of a heart attack. His remains are interred at Birmingham’s Elmwood Cemetery. He was awarded the Presidential Medal of Freedom posthumously By President Ronald Reagan.