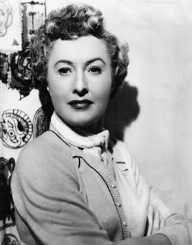 Barbara Stanwyck was only four when her mother died. Her mother died from complications after having a miscarriage when she was knocked off a moving streetcar. Just two weeks later, Stanwyck’s father joined a crew working on the Panama Canal, and he was never seen or heard from again.

During 1916 and 1917, Barbara Stanwyck went to stay with Mildred and toured with her while she was performing. It was during this period that her penchant for performing grew, both from watching her sister, and also watching movies that starred Pearl White, whom she adored.

Barbara Stanwyck dropped out of school in her early teens and started working.

Barbara Stanwyck made her way through a succession of jobs, from wrapping parcels in a department store, to filing, typing, and even pattern-cutting for clothes. All the while, she dreamed of becoming an actor.

Barbara Stanwyck started auditioning, and in 1922, after several months, she landed herself a place in the Ziegfeld Follies for the 1922/23 seasons. After that, for the next few years, she worked as a chorus girl in various nightclubs, all owned by Texas Guinan.

In 1926, Barbara Stanwyck was introduced to Willard Mack, who was casting for his play The Noose, at the time. Barbara Stanwyck auditioned for the part of the chorus girl and was successful in gaining the part. The play didn’t do too well, so Mack decided he would make some changes, including the expansion of Stanwyck’s role. When the play re-opened, it went on to become one of the most successful plays that season and ran on Broadway for nine months.

It was during that time, at the suggestion of others, that Stevens changed her name to Stanwyck.

In 1927, Barbara Stanwyck got her first leading role on Broadway in the production, Burlesque. It made her a star.

Barbara Stanwyck did her first acting role in a movie in 1927 as well. It was a silent movie and only a minor part. Her first movie with sound was in 1929 and called The Locked Door.

By 1944, Barbara Stanwyck was the highest paid woman in the United States. Over a 38 year period in Hollywood, she made 85 movies, which was a huge achievement. She was an absolute favorite of not only the directors but also the backstage crew.

Stanwyck’s movie career began to decline around 1957, so she decided to turn to television. She had her own show, The Barbara Stanwyck Show, which wasn’t hugely successful. She was, however, in the The Big Valley, from 1965 to 1969. This show helped her become one of the most famous actresses on television at the time.

She had roles in other series, such as The Untouchables, and Wagon Train, but it wasn’t until some years later that she joined the cast of the mini-series, The Thorn Birds. She also acted in several other well-known series, such as Dynasty, and The Colbys.

Barbara Stanwyck was nominated for many awards and won many. Her wins include three Emmy Awards and two Golden Globe Awards. She was also inducted into the Hollywood Walk of Fame in 1960.

Barbara Stanwyck’s most notable two relationships were her marriages.

Her first marriage was to Frank Fay. The couple married in 1928 and divorced in 1935. It was a rocky marriage, with rumors of  Barbara Stanwyck being physically abused by Fay. Unable to have children, the couple adopted a son, Anthony Dion Fay, in 1932. He became estranged from his mother as he grew older.

Barbara Stanwyck’s second marriage was to Robert Taylor in 1939. They decided in 1950 to divorce. The rumors as to why are unclear, but it is thought that Taylor wanted a life away from Hollywood, which Stanwyck did not.

Barbara Stanwyck had affairs and relationships with several high-profile leading men, but never re-married, declaring Taylor the love of her life.

In her later years, Barbara Stanwyck kept active with charity work, away from the limelight.