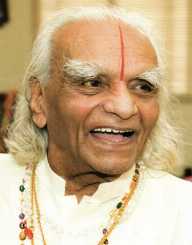 There are over a hundred award-winning publications and findings of yoga, but most people don’t know about a famed Yogacharya, Iyengar. From the seven chakras of yoga to Iyengar Yoga, there is no doubt that your posture’s position defines merely your maximums strength potential.

B K. S. Iyengar gave us a room to realize our inner-strength by just cultivating a balanced level of flexibility and awareness. He undoubtedly left a clear-cut mark in the world. He was named as one of the most influential people in the world in 2004. Read along to understand more about Iyengar’s achievements.

B K. S. Iyengar is still remembered as a sociable and friendly person. Those that were close to him knew him as a confident man who loved nothing else than harmony. He possessed an extraordinary personality that attracted even the unknown. As a yoga instructor, he thoroughly trained himself how to have a practical approach to life rather than being an observer. He was majorly loved for his out of the world nature and great personality. It wasn’t by chance that he attained a Guru-ji luminary: his presence enlightened and blessed the whole world.

On December 14, 1918, Belur Krishnamachar Sundararaja Iyengar was born in Bellur, South India. Right from his birth, Iyengar’s life was filled with difficulties. He loved to spend more time with his younger siblings who were thirteen in total, but only ten survived adulthood. Unfortunately, he was diagnosed with a viral infection called influenza that turned him into a weak and sickly child. At the age of nine his father, Sri Krishnamachar died, and he went to live with his elder brother in Bangalore.

At 15 years old, he traveled to Mysore now Mysuru, where he went to visit his elder sister. His elder’s sister's husband worked as a yoga instructor in Mysore Palace. It was here that Iyengar learned fundamental lessons of yoga, which improved his well-being. In 1937 his tutor advised him to teach yoga in Pune. Although it was hard for him to communicate effectively in English, he tried his best at the end of the day.

Simultaneously, B K. S. Iyengar had little knowledge about yoga, but he opted to practice through trial and error. It took him more time since he seemed to have forgotten about his well-being, but stretching was his cup of tea. He only survived on a piece of bread or a bowl of rice a day. Eventually, his hard work paid off when his yoga class gained more students than usual. But he was still not in good shape due to financial constraints.

Little by little B K. S. Iyengar’s training started to receive massive appreciation around India.  Although international fame seemed to be a daunting task for him, he knew he hadn't reached yet for the highest. In the mid of 1952, he met a violinist, Yehudi Menuhin, with whom he arranged a tour to countries like Paris and London. It was here that he took the time to teach people about his yoga training. As days and months passed, so did Iyengar’s fame knocked on the door.

In 1966 he published his first book titled Light on Yoga which turned into an International bestselling book. He followed it up with the path of Holistic Health in 2001.In memory of his dearest wife, Ramamani he launched a training institute that he called Ramamani Iyengar Memorial Yoga Institute.

B K. S. Iyengar introduced his yoga training as a significant subject that comprised of 8 different categories. He named the groups us Asana, Pranayama, Yama, Pratyahara, Dharana, Dhyana and Samadhi. He always emphasized that yoga practice led to the maximum connection of one’s body and mind. In 1984 he announced his retirement but he continued to tutor in his Institute as well as at individual events. Along with that, he loved to promote yoga around the globe. Currently, his daughter, Geeta, and son Prashant still conduct yoga classes at their father’s institute.

The Government of India recognized Iyengar’s yoga effort where he was awarded Padma Shree and Padma Bhushan Award in 1991 and 2002.For sixty years, B K. S. Iyengar taught people the art of yoga, and at the same time, he published different yoga books. His notable work is seen in the Light on Pranayama and Light on Yoga book. It was in the new millennium that he closed it up with Yoga Sutras of Patanjali. He married Ramamani in 1943.On August 20, 2014, an embodiment of simplicity and neutrality breathed his last in Pune due to heart failure.