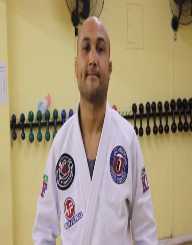 B.J. Penn was born Jay Dee Penn on December 13th, 1978. He is also called The Prodigy and Baby Jay (B.J). His place of birth was in Kailua, Hawaii. He is the son of Jay Dee Penn and Loraine Shin. His father is an Irish-American while his mother is a Korean-American.

B.J. Penn was introduced to Brazilian Jiu-Jitsu (BJJ) training by his neighbor Tom Callos. Callos taught him and his brother to the best of his abilities based on what he knew. He later continued his lessons in the Ralph Gracie BJJ academy. This is an academy in San Jose in Northern California. While here trained along with Dave Camarillo whom they shared a room and became great friends. He made up his mind to pursue martial arts as a career while at San Jose.

On May 24th, 2001, B.J. Penn officially began his professional career at Ultimate Fighting Championship (UFC). He took part in the UFC 31: Locked and loaded where he fought against Joey Gilbert and won. He also won two other consecutive fights that year. He defeated Din Thomas UFC 32 and Caol Uno in UFC 34.

On January 11th, 2002, B.J. Penn had his first loss in a title fight. Jens Pulver defeated him. However, later that year he bounced back with other triumphs at UFC 37 and UFC 39. In 2003 he fought in UFC 41 in a rematch against Caol Uno which ended up in a Draw. In 2004, Penn faced the 5-times UFC champion of welterweight, Matt Hughes and won the fight.

B.J. Penn also participated in other fights other than the UFC. He took part in Rumble on the Rock as well as K-1 organization. He won in the fight against Takanori Gomi in 2003 during the Rumble on the Rock tournament. He later fought for the first time in K-1 in 2004 where he knocked down Duane Ludwig. He also won in the Rumble on the Rock 6 against Rodrigo Gracie. B.J. Penn later lost in the event of K-1 Hero in Japan to Lyoto Machida. However, he bounced back after he won against Renzo Gracie in the K-1 World Grand Prix which took place in Hawaii.

On March 2006 he continued his UFC battles. Georges St. Pierre beat him during UFC 58.He lost again to Matt Hughes in UFC 63. The referee had to stop the fight in the 3rd round after Penn was greatly injured.

B.J. Penn has also had other careers other than martial arts. He was the coach to a group of lightweight fighters who took part in The Ultimate Fighter 5. This is a reality TV show featured on Spike TV. In 2009 he was featured in Never Surrender film. He has also co-authored the book Mixed Martial Arts: The Book of Knowledge. In 2010 he authored Why I Fight: The Belt is Just an Accessory, an autobiography he wrote with Dave Weintraub.

B.J. Penn has two daughters born to the same mother. However, he has not married her officially.