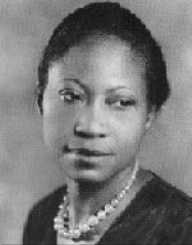 Augusta Savage, whose original name was Augusta Christine Fells was a black American sculptor born on February 29, 1892. She began modelling at an early age using red clay soil at her home in Florida. Augusta was an Harlem Renaissance sculptor who was also an influential advocate for equal human rights. In addition, she was an arts teacher, and her arts studio, Savage Studio of Arts and Crafts in Harlem was an inspiration to many artists who later became famous.

Augustus Fells was born to a Methodist minister, Edward Fells and Cornelia Murphy on February 29, 1892 in Green Cove Springs, Florida. As a child,she began modelling using red clay in her hometown. She mostly made small animal sculptures. Her father, a methodist minister was however against his daughter's love for art. She got whipped most of the time for modelling as his father believed making sculptures was a sinful practice.
Despite the several objections and efforts by her father to stop her, Augusta could not help but make more sculptures. In 1915, when her family moved to West Palm Beach, Florida, she faced a new challenge; lack of clay. Savage eventually found a local potter who gave her some materials. She then entered a county fair where her work was great and well received. Besides winning a prize, she also got the support of George Graham Currie, the fair's superintendent who motivated her to embrace and study art.

Her family also embraced her love for sculpturing and her father allowed her to start teaching an art class, which was mostly for modelling. This was the beginning of her lifelong devotion to teaching art. In 1919, Augustus Fells  was given a booth at the county fair at Palm Beach where she won the first prize of $25 and an award for showcasing the most original exhibit.

Education and early life in career

Augustus Fells got a recommendation letter from George Graham, the superintendent of the Palm Beach County fair for Solon Borglum, a sculpture she had made. Borglum however declined to accept her as a student in his school but told her to apply in Cooper Union, New York City where she was accepted in October, 1921.
Cooper Union was a great place for her since it did not charge tuition fees. She also got a scholarship to aid her with all her living expenses in the same institution. She did so well , completing her course in only three years instead of four.
In 1923, while still at Cooper Union, Augustus Fells  applied for an art program which was sponsored by the French government. Her application was however declined because of her race. She was really mad and had so many questions for the committee. This was to be the revolutionary experience that would influence her life and work greatly. This prompted, Hermon Atkins, a sculptor who was also part of the committee, to invite her to study with him in Long Island studio.

Shortly after, Augustus Fells  began making a name for herself. Her works during this time include sculptures of famous African-Americans like W. E. B. Du Bois and Marcas Garvey. Both pieces were awarded for their uniqueness, power and dynamism. She later earned a scholarship to the Royal Academy of Fine Arts, Rome in 1925. She was however unable to attend since she could not raise funds for her living expenses and travel. The scholarship only covered tuition.
After finishing her studies at Cooper Union, Augustus Fells  worked at a steamlaundry shop in Manhattan. This was aimed to support her family and save for her studies in Europe. Her home had been destroyed by a huge hurricane and her father had suffered a stroke. The family had to move into her small apartment on West 137th street.
Augusta's talents and works became widely known to the African-American community who organized fund raising ceremonies in Harlem and Greenwich village. This was to help her raise funds for travel and living during her study abroad. Many African-American teachers from Florida A and M also sent her money for her studies abroad.
In 1929, she got a Julius Rosenwald fellowship award on as sculpture of her nephew which she named 'Gamin'.

Augustus Fells  went to Paris for some time where she had an exhibition of her many works at the Grand Palias. This earned her a second Rosenwald fellowship with which she got admission to a leading art school in Paris, the Académie de la Grande Chaumiére. In addition, she also earned a Carnegie Foundation grant that allowed her to travel to many other European countries. With this, she travelled to ElGermany, France and Belgium doing research in museums and cathedrals.

In 1931, Augustus Fells  went back to the United States. She continued with her work having being made ready by her studies and all her exhibitions abroad. She did her work despite The Great Depression. In 1932 due to lack of commissions, she started to teach art and set up her studio. Her many students are well-known artists including Norman Lewis and Gwendolyn Knight. In 1934, she became the first black woman to be in the National Association of Women Painters and Sculptors.
In 1939, Augustus Fells  received a contract from the 1939 New York World's fair. She sculptured ‘Life Every Voice and Sing’, which is also known as 'The Harp'. This piece was inspired by James Weldon and Rosamond Johnson's song. 'The Harp' was a 16 feet tall sculptor that was the most popular during the fair. She sold many small metal souvenirs and postcards during this time.

Augustus Fells  later opened her own galleries whose exhibitions were attended and reviewed by many. She however closed the two galleries because of few sales. This made her move to a farm in Saugeritus, New York, where she lived working on her mushroom farm up to 1960.

At an early age of 15, in 1907, Augustus Fells was married to John T. Moore . They then had a daughter, her only child who was born in 1908. Shortly after, her husband passed on. She was later married again to James Savage, a carpenter, in 1915. They were together for a few years until they divorced in the early 20's. She did not drop the name Savage, she however used it for the rest of her life.
Her last marriage was in 1923 when she got married to Robert Lincoln Poston , who was a protégé of Garvey. He later died as a result of pneumonia in 1924 when he was aboard a ship returning home from Liberia.

Her famous works include; Gamin, Busts of W. E. B Dunois and Marcus Garvey, the Tom Tom, The Abstract Madonna, Envy, Lift Every Voice and Sing (also known as 'The Harp') and the sculptural interpretation of Negro Music. Augusta Savage began her first public fight for equal rights after her application for an art program which was sponsored by the French government being declined because she was black despite having all the meeting qualifications. This prompted sculptor Hermon Atkins MacNeil who was a renowned artist to invite her to study with him.

After completing her studies at Cooper Union in New York City, she became widely known as a sculptor during the Harlem Renaissance. This made her earn scholarships to study abroad. Her artistic style can be characterized as very sensitive, realistic and expressive.

Augustus Fells succumbed to cancer in March 26, 1962 in New York City. She will be remembered as an incredible artist, arts teacher and activist.