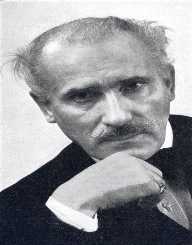 The Birth of a Musical Prodigy

Arturo Toscanini was born to parents Claudio and Paola Montani Toscanini on March 25, 1867, in the city of Parma, along with the northern region of Emilia-Romagna in Italy.

Growing up, Toscanini showed great talent in the field of music. Besides mastering the cello, he was also a self-taught pianist, violinist and even played the double bass.

Arturo Toscanini joined a local music competition of which upon winning, granted him a scholarship at Professor Carini's violoncello school at the Conservatory of Parma. While enrolled at Parma, his fellow students started calling him "Gèni" or “genius” due to his talents. Along with his musical talents came an eye for perfection and a sharp tongue for criticism that his fellow students also dubbed him as "Scissors."

Upon graduation from Parma Conservatory, he became a part of a traveling orchestra that went on tour to various countries.

Arturo Toscanini's conducting skills were discovered and exhibited while working as a chorus master in the traveling orchestra.

They were in Rio de Janeiro and were to perform Aida, a two and a half hour long symphony, on June 25. At the time, the symphony's conductor, Leopoldo Miguez, walked out of the group due to the rising animosity between him and the performers. As a result, the orchestra’s general manager hired two other conductors to fill in his spot. Carlo Superti tried conducting for the orchestra, but he too was not well received by them. Aristide Venturi took a turn as a conductor but was unsuccessful.

In a spur of the moment's notice, the whole team suggested Arturo Toscanini, who was well-known for having a photographic memory. At 9:15 PM on the same night, he took the baton and conducted the orchestra despite having no experience as a conductor. His performance shook the audience and performers alike. News of a young unknown conductor's performance spread like wildfire throughout the country.

From that performance, Toscanini continued to conduct for the next 18 performances, signaling the start of his career as a conductor at the tender age of 19.

Although trained as a cellist, his skills as a conductor outshined this talent. In due time, Arturo Toscanini found himself conducting performances around the world. He made his conducting debut in Italy on November 4, 1886, at Teatro Carignano in Turin. He also conducted the world premiere of a revised version Alfredo Catalani's Edmea followed by Ruggero Leoncavallo's Pagliacci in 1892.

Four years later in 1896, Arturo Toscanini conducted Giacomo Puccini's Bohème. He transferred to La Scala in Milan in 1896 where he also became the principal conductor in 1898.

In 1908, he became the musical director of the Metropolitan Opera in New York City where he conducted Italian performances such as Eugene Onegin, Siegfried, and Pelléas Mélisandre to name a few.

Arturo Toscanini married Carlotta De Martini, and together they had four children. They met in 1895 when De Martini was 18 while Toscanini was 28. He pursued De Martini with all his might and eventually, they married in 1897.

Although Toscanini remained by his wife’s side until her death, he was known for having affairs with a variety of women. This distressed De Martini who was always torn between leaving her husband and staying with him. Since both of them believed in the sanctity of marriage, the two remained together until De Martini’s death in 1951.