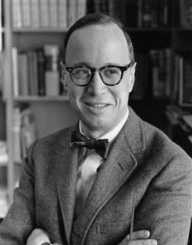 Arthur Meier Schlesinger was born on October 15, 1917. His original name was Arthur Bancroft Schlesinger. The Ohio born historian shared the same name as his father. His mother was Elizabeth Harriet Bancroft.

Young Schlesinger went to Phillips Exeter Academy in New Hampshire. In 1937, he graduated from Harvard University with a degree in History. He taught at the Peterhouse Campus of the University of Cambridge from 1938 to 1939. He spent three years at Harvard University as a fellow. A fellow is an honorary lecturer who is recognized for his or her extinguished intellectual abilities. He stayed at Harvard form 1939 to 1942.

In WW2, Schlesinger enlisted for the army. He became an officer in the Office of Strategic Services. For two years from 1943, he worked as an Intelligence Analyst in the department.

In 1946 he returned to the Harvard University. He served as an Associate Professor until his promotion in 1954. He was appointed to be a fully accredited professor at the college. He became the first Harvard professor without a doctorate degree.

While lecturing at Harvard, Schlesinger got involved in American politics. In 1947, he helped in the creation of the Democratic Action group. He was with the then US Presidential wife Eleanor Roosevelt and other close political friends. In 1952, Americans voted in their national elections. Schlesinger worked with the Democrats. He was a close confidant of the Illinois Governor Adlai Stevenson. He wrote the governor’s campaign speeches and other political engagements. Schlesinger was appointed the chairperson of the Association of Democratic Action. He served from 1953 to 1954.

In 1956, he supported Illinois Governor Stevenson’s bid for the president. At the time, Stevenson was running with John Kennedy as his vice presidential mate. The Democrats lost in the elections. Schlesinger had known the Kennedy family since his days in Harvard College. He supported the Kennedy presidency from the campaigning time to the assassination of the US president.

During this time, Schlesinger served the Democrats in different positions. He was the speechwriter of Kennedy’s campaign. He also spoke at various rallies. He embodied his support for the Kennedy administration in his literary work. He published the book Kennedy or Nixon: Does It Make a Difference? Schlesinger brought to the fore the advantages Kennedy had over his Republican rival Richard Nixon.

He was appointed to serve as the President’s Special Assistant. Schlesinger reigned from his Harvard college duties to serve in the government. He advised the president on Latin American affairs. He was the dissenting voice during the Cuban Crisis, opposing the American invasion of the Bay of Pigs.

With the 1963 assassination of President Kennedy, Schlesinger returned to his intellectual work. In 1966, he returned to lecture at the University of New York. He spent his time researching American history. He continued publishing various historical books about the political landscape of American society.

Schlesinger wrote several political and historical books during his active years. He wrote the MacArthur Controversy and American Foreign Policy, Congress and the Presidency: Their role in Modern times. He also wrote about war intrigues in The Origins of the Cold War, and Violence In America.

As a political supporter, he wrote memoirs on the Kennedys. He published Robert Kennedy and His Times. Some of the other publications he released are JFK Remembered, War and the Constitution: Abraham Lincoln and Franklin Roosevelt, and The Cycles of American History. In 1993, he released his publication The Disuniting of Americans: Reflections on a Multicultural Society.

In 2003 he opposed the American involvement in the Gulf war in Iraq. He also blamed the American media for keeping silent instead of being objective on the war. Schlesinger believed the media was instrumental in proving that the US military had no reason being in the war. He continued critiquing the American political system on various issues.

Schlesinger married Marian Cannon in 1940. They had four children. They divorced in 1970. He remarried in 1971 to Alexandra Emit. He fathered a son with her.

Schlesinger died on February 28, 2007, of heart failure complications. He was an objective historian with an immense knowledge of American society. He won several awards including the Pulitzer for his works.