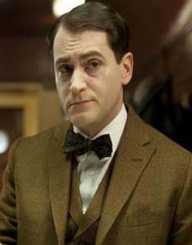 Arnold Rothstein popularly known as the Jewish mob kingpin in New York was born on January 17, 1882, in New York. He was a renowned businessman and gambler who was involved in rigging in the 1919 world series. He was also caught up in issues of corruption, especially in the professional athletics. Arnold resorted to a life of drugs, using narcotics and alcohol which led him to a life of crime. He became a crime boss of the then popular Jewish mob in New York City.

His way of crime made him a kingpin with a big business empire earning him a fortune. His lifestyle later became a basis for many authors and film makers to focus on. In November 1928, he was assassinated in New York after refusing to pay an enormous debt which had amassed from a poker game. At the time of his death, Arnold had become one of the wealthiest crime bosses in the history of the United States

Arnold Rothstein was born on January 17, 1882, in New York. He was born in a very wealthy family who lived in Manhattan. His father Abraham Rothstein was a successful businessman of a Jewish origin together with his mother, Esther. His father who was a straight forward man endeavored to teach him integrity from an early age. He grew up loving mathematics and was continually doing numerous calculations at home.

However, he never loved school, unlike his older brother who went to school and was later ordained as a rabbi. He grew up as a stubborn child and was involved in gambling early in life. His father tried discouraging him from it by teasing him, but he could not cease playing. He always found peace and excitement in gambling since he considered himself as the black sheep in the family.

In 1910, at only twenty eight years of age, Arnold Rothstein relocated to Tenderloin in Manhattan and began a gambling casino business. He was also witty at fixing horse races which he always won through corrupt bets. He had a substantial investment in the horse racing track in Maryland. His network was widening, and he became famous with several people paying allegiance to him. He was a spender and willing to pay for any information provided it gave him leads on how to make more money. By the age of thirty, he had become an invincible businessman and a millionaire.

In 1919, at the World Series, Arnold Rothstein was accused of having rigged his win in the series. The accusation was that he bribed a few of the White Hox Players to lose to the Reds which gave him about 350,000 U.S Dollars in returns for the bet. He denied the accusations stating that he was an honest and straightforward businessman who works earnestly for his money.  However, despite much investigation, he was never convicted.

During the introduction of laws that prohibited the use of an unlawful substance, Arnold established a business. He started smuggling liquor and narcotics into New York City through Hudson River; owing his success to the help of his allies who had positions at a political level and a stable financial status.

Arnold Rothstein began organizing criminal gangs in New York City and soon had his gang acquiring names like Mr. Big, The Fixer, The Man Uptown, The Big Bankroll, and The Brain. He was cruel in his dealings with other gangs and charged them heftily for every mediation service he made for conflicting gangs. He publicly conducted his businesses openly in the streets and exploited his debtors.

He became a successful drug dealer and a powerful criminal by 1925. He had established a vast and powerful empire which brought him good fortunes. His net worth then approximated at 10 million U.S Dollars.

Arnold Rothstein was shot dead on November 4, 1928, at Park Central Hotel in Manhattan after a business meeting turned sour. His shooting was due failure to pay a debt that had accumulated from a poker game which he claimed was fixed. He was fatally wounded and was for two days admitted at Stuyvesant Polyclinic Hospital in Manhattan. He died on November 6, the same year in Manhattan.

At the time of his death, history records him as the wealthiest criminal kingpin in America. However, his business was split by his allies Frank Erickson, Meyer Lansky, Bugsy Siegel rendering it bankrupt and non-existent. Although he knew who shot him, he refused to give the information to the police and no one was convicted for his death. He died at the age of forty six.