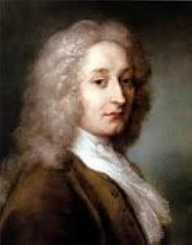 Jean-Antoine Watteau was a French painter who is famous for rejuvenating the Rococo painting style.

Jean-Antoine Watteau was born in the Valenciennes region north of France. He was born to the family of Jean-Phillip Watteau in October 1684. He did not attend formal education. Instead, he was sent to apprentice with painter Jacques Albert Gerin.

In 1702 he left his hometown for the French capital Paris. He found no jobs and decided to work in a workshop at the Pont Notre Dame. During his stay at the workshop, he took interest in creating his own style of painting. Since he was a novice in the industry, He decided to copy some of the ancient classical painters.

Three years on, he became an employee of famed painter Claude Gillot. He later went to work with Claude Audran. Watteau learned the intricate elegance of masterpieces. Audran was an interior designer. He had a collection of priceless paintings. Audran had a team of painters who helped him in the interior designing of client’s homes. He also worked with other well-known painters in France. Watteau also made other acquaintances that helped him in his later life.

In 1709 at the age of 25, he entered an art competition in Paris. He came in second in the Prix de Rome competition. The competition was held at the Royal Academy of Painting and Sculpture. He lost the opportunity to travel to Rome with a one-year scholarship. After the disappointment, he tried enrolling to the Royal Academy but was denied. He was eventually accepted in 1712.

Pierre Crozat, an art collector himself liked Watteau’s second painting. He hired him to paint several pieces of Rococo style paintings for his summer house. Between 1712 and 1715, Watteau stayed and worked at the residence of Crozat. He continued painting for the French nobilities until 1719.

He left Paris for London in 1719. While in London, Watteau was forced to work while on a medical tour. He had gone to visit his doctor for medical attention. Under his doctor’s advice, Watteau reduced the frequency of his painting. As a token of appreciation to his doctor, he painted one portrait of Italian comedians and gave it to his doctor.

In 1720 he returned to France. He was hired by his friend Gersaint to paint a signboard for his house. Watteau completed the piece in seven days. His health began to deteriorate with illness. In the poor health state, he continued painting albeit in few quantities. He was commissioned to do a signboard for a local theatre. In his mind, he painted a white clown as a perfect illustration of the purity of the theatre. The clown was nicknamed Gilles by the revelers.

His unique Rococo style was widely admired in Europe. He used his paint to express diverse opinions in the same portrait. He gave his viewers the chance to decipher what the painter meant or the understanding of it.

His oval shaped canvases also added a twist into the final product. He deviated from the conventional rectangular shaped portraits to his own oval. He got the poetic world to start putting words onto his paintings.

His adventurous mind captured all that he imagined. He envisaged real life and mystical sceneries in his paintings. Watteau portrayed gardens and lawns, homes and interiors, to the ancient and medieval Europe folktales.

He managed to tap into the lives of his family members to follow his life. A nephew and grandnephew followed his inspiration into the artistic world of painting. Several buildings, homes, and museums across France adorn his priceless artifacts.

Antoine Watteau succumbed to his poor health on July 18, 1721, in Nogent-sur-Marne in France. The official cause of death was tuberculosis.

In what may be considered a transformation of the art culture in France, Watteau revived the classical Rococo and Regence painting styles back to life. His journey to fame was rough. He lost a chance to go study in Rome. He moved from one workshop to another for knowledge.

At the end of his educational tour, he managed to create a niche for himself. At the time of his death, Watteau was one of Europe’s sought after painter.