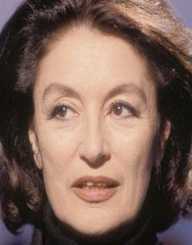 Anouk Aimée was a famous French actress who has starred in some movies in the course of her career. Besides her acting skills, Aimée was also known for her striking features and is listed as Empire Magazine’s 1995 poll of hundred sexiest stars.

Notable for her striking features and beauty, she was often compared to the beauty of Jacqueline Kennedy during her prime.

Anouk Aimée was married several times in her life. Her first marriage was at the age of 17 to Edouard Zimmermann in 1949 which only lasted a year until 1950. The following year, she married director Nico Papatakis which continued for four years until 1955. During her marriage with Papatakis, she gave birth to her only child named Manuela Papatakis.

After her marriage with him, she married her third husband Pierre Barouh who was not only an actor but a music producer as well in 1966 but ultimately ended in 1969. She then married actor Albert Finney in 1970 which lasted until 1978.

Although she may be regarded as one of the world’s sexiest stars in her adulthood, Anouk Aimée came from a humble abode in Paris, France. She was born as Nicole Françoise Florence Dreyfus on April 27, 1932, to Henri and Geneviève Dreyfus.

Her father was an actor who went under the stage name of Henri Murray and is of Jewish descent. Aimée’s mother, on the other hand, was a Roman Catholic. She grew up practicing Roman Catholicism but converted to Judaism later on in her adulthood.

Growing up, she attended a lot of schools for her formal education such as l'École de la rue Milton which is located in Paris, the École de Barbezieux, the Pensionnat de Bandol, and the Institution de Megève. Aside from these, she also took dance classes at Marseille Opera and took theater classes in England.

The Cinematic Debut of Aimée

Anouk Aimée made her acting debut in the 1946 film La Maison sous la Mer at the young age of 14. At the time, she still went around using her real name of Françoise Dreyfus. She decided to adopt her character’s name in the film Aimée on Jacques Prévert’s suggestion, the writer in one of her future films which were specifically written for her.

From there, Anouk Aimée went on to act in a number of notable films such as the 1949 film Les amants de Vérone (The Lovers of Verona) which was written for her, 1953 film Le Rideau Cramoisi (The Red Curtain) by Alexandre Astruc, La Dolce Vita (The Good Life) which brought her international fame, and the 1963 film entitled 8½  by Federico Fellini to name a few.

Aimée’s cinematic success was brought forth in her role at the 1966 film Un Homme et Une Femme (A Man and a Woman). The film won her a Golden Globe Award as Best Actress as well as the BAFTA Award of the same category. The film also went on to win an Oscar Award and the grand prize at the Cannes Film Festival.

Anouk Aimée also expanded her film involvement in different countries such as Italy, Germany, Great Britain, and America. For her acting prowess and cinematic involvement, she was awarded the country’s national film award, the César Award in 2002. The following year, she was the recipient of the 2003 Honorary Golden Berlin Bear at Berlin’s International Film Festival.