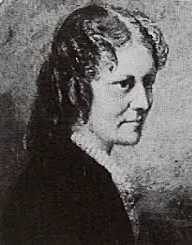 Anna Sewell was an English writer who lived during the 1800s. She is famed for writing the book Black Beauty while incapacitated in her house.

Anna Sewell was born into a deeply religious Quaker family of Isaac Phillip and Mary Sewell. She was born in the coastal town of Great Yarmouth, Norfolk, England on March 30, 1820. She was the eldest of the two children in the family. Her younger brother was called Phillip. She was home-schooled by her mother for a better part of her formative years.

She moved with her family from Norfolk to London in 1822. Her father had an irregular income that contributed to financial hardships to the family. Sewell lived with her relatives, most often her maternal grandmother. She attended a formal school in 1832 at the age of twelve in Stoke Newington, London.

In 1832 at the age of fourteen, Anna Sewell suffered an accident that altered the course of her life forever. She slipped and suffered irreparable damage to her ankles. Sewell became a lifetime invalid. She barely moved around without using crutches. For longer distances, Sewell used horse-driven carriages. She developed a caring bond for the animals that helped her in her mobility.

In 1836 Anna Sewell's father got a job in the South London town of Brighton. He envisaged the warm climate would contribute to the therapeutically healing of her daughter. In Brighton, Sewell and her mother left the Quaker society and formally joined another denomination, the Church of England. Her mother practiced amateur writing in her free time. She wrote mostly about her religious convictions and experiences.

Sewell learned about book writing under the tutelage of her mother. She assisted her mother in the editing of the scripts and journals. Sewell worked with her mother on other social projects including supporting the abolition of the slave trade. She helped her mother produce one of her best children’s book Talks with Mamma. The book contained valuable motherly advice she got from her mother while growing up.

Anna Sewell moved with her family to Lancing, Sussex in 1845. She developed bad health. When her health did not improve, she moved to continental Europe for better health facilities. She returned without having any breakthrough in her medication. She moved towns with her family yet again. Eventually, in 1864 they settled in Bath in the Somerset area of England. Two years later, Sewell relocated again to Old Catton in Norfolk to stay with her brother. Philip was now a widow struggling to raise his young family of seven children.

By 1870 Anna Sewell was confined to her bed in Old Catton. She developed a soft spot for horses. In 1871 she started writing manuscripts for her book Black Beauty: The Autobiography of a Horse. As years progressed, she became too ill to write. She began dictating the story to her mother who translated the words on paper. The book is based on the life story told by a horse on the cruelty they get from their masters. Originally, Sewell wanted to sensitize the horse owners to be kind and compassionate to the animal. She serializes the human culture in dealing with young colts, kind treatment during training, overall stable management, and good animal husbandry.

She completed the book in the early months of 1877. She then sold the book to Jarrolds, a publisher in the Norwich city in November 1877. Sewell got a pay of GBP 40 for her efforts. Jarrolds published the book in December 1877. Sewell managed to tame some old horse training habits. Black Beauty was released in the US in 1890. It was well received by the literary world.

Anna Sewell battled with excruciating pain from her ailments for months. On April 25, 1878, she succumbed to hepatitis at her Old Catton home. She was interred five days later in Lammas in Norfolk.

Anna Sewell demonstrated sincere love for the animal that gave her a second chance in her mobility. The house she was born is today a museum, while her death place became Anna Sewell House.

Two memorial fountains stand in Connecticut, US and in the Sewell Park in Norwich, England. The animal rights protection groups in England adopted her book.