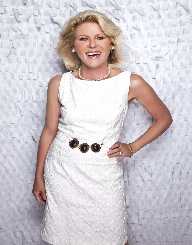 Alley Mills is an American actress. She is best known for her role as Norma Arnold, the mom from the TV series The Wonder Years.

Alley Mills was born on May 9, 1951, in Chicago, Illinois. Her father Don Mills was a TV executive. Her mother Joan was the editor of American Heritage magazine.

Alley Mills attended Yale University. She graduated in 1973. She then went to the London Academy of Music and Dramatic Art where she continued her acting studies.

In her early years of acting, Alley Mills was credited under the name Allison Mills. This includes a small role in the film Diary of a Mad Housewife. Mills made her first regular appearance on television in The Associates. The series ran from 1979 to 1980.  She was also in other TV series like Making the Grade and Hill Street Blues, both in 2. 198

After small roles in TV series and made-for-TV movies, her big break came in the 1960s family comedy-drama The Wonder Years. The series was critically acclaimed for its baby-boomer appeal and humorous youthful antics.  Mills played the suburban housewife who was raising three children, hippie Karen, middle child Wayne, and the main character of the show, Kevin.

After the show's end in 1993, Alley Mills continued to find work in television. She had numerous guest roles in series and TV movies. She had reoccurring roles including Dr. Quinn, Medicine Woman from 1993-1997 and Yes, Dear from 2001-2004.

Alley Mills is still actively working. Since 2006, she portrays Pamela Douglas in the soap opera The Bold and the Beautiful.

Alley Mills married Orson Bean in 1993. She is the stepmother to Orson's son and daughter.

Alley Mills along with her other Wonder Years co-stars won an Emmy for Best Comedy Series in 1988.

The Bold and the Beautiful