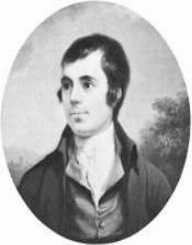 Born on December 7, 1784, Allan Cunningham was a prominent Scottish poet and author whose works remains relevant till date. Allan Cunningham was a member of the brilliant circle of writers with others like William Hazlitt, Thomas De Quincey, Thomas Hood, John Keats and Charles Lamb. The group was a frequent contributor to the London Magazine in the 1820s.

Allan Cunningham was born on December 7, 1784, at Keir, close to Dalswinton in South Scotland. The father was a close neighbor of prominent poet Robert Burns at Ellisland. Allan Cunningham with his brother James also became close to one of Scotland’s prominent novelist Jame Hogg. Allan Cunningham has a senior brother  Allan Cunningham who was also a poet and a younger brother Peter Miller Cunningham, a naval surgeon. Allan Cunningham served as an apprentice to a stonemason but used his leisure periods to read and writing covers of old Scottish ballads.  Though Allan Cunningham received no formal education, his interest in reading, broadened his literary skills and with this choose to make writing a career.

Allan Cunningham first attempt was his collection of old ballads to the editor Robert Hartley Cromek’s Remains of Nithsdale and Galloway Song in 1809. This gained him friendship with astute writers like Walter Scott and Hogg. Cunningham traveled to London in 1810 to work as a parliamentary reporter and journalist for four years. In 1814, Allan Cunningham became a clerk in the studio of sculptor, Francis Chantrey till 1841 when Chantrey died. Cunningham did a lot of work while working in the studio and even before.

In 1807, Allan Cunningham contributed to some songs in Literary Recreations by Eugenius Roche. From 1829 to 1833, Allan Cunningham wrote three novels, the life of Sir David Wilkie and also about Lives of Eminent British Painters, Sculptors, and Architects. The works included biographies of William Hogarth, Thomas Gainsborough, William Blake and Sir Joshua Reyolds and came out with his edition of Robert Burns’ works. Allan Cunningham also wrote songs like A Wet Sheet and a Flowing Sea is a sea song. Other works of Cunningham includes Sir Marmaduke Maxwell and The King of the Peak.

Allan Cunningham married a servant, Jean Walker who at the time was worked in a house he lived. The couple had six children, five boys, and a daughter. His sons include Joseph Davey Cunningham, Alexander Cunningham, Peter Cunningham and Francis Cunningham. As it is been said, like father like son, all his sons followed his steps and became writers.