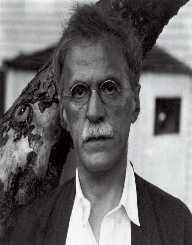 In this article, we are going to celebrate the life of a photographer from the last part of the 18th century and first half of the 19th century known as Alfred Stieglitz. Although photography was still a new concept during that period, it began getting significant notice. And one person who noticed this new artistic medium was Alfred Stieglitz.

Alfred Stieglitz loved photography with a passion. He promoted the modernist movement in art. But who was this man personally? Where did he come from? What did he accomplish? This article will answer those questions and more.

Where did he come from?

On a cold winter January 1, 1864, Alfred Stieglitz was born in Hoboken, New Jersey to a family of German-Jewish Immigrants, Edward Stieglitz and Hedwig Ann Werner. Alfred was the first of 6 children for Edward and Hedwig, which included twins. His siblings’ names were Flora, twins Julius and Leopold, Agnes, and Selma.

During his early years, Alfred Stieglitz attended New York’s most excellent private schools. Then he visited New York City College. Then in 1882, he decided to go to Berlin, Germany to study Mechanical Engineering at the Technische Hochschule. This was not his passion though.

It was here in Berlin that Alfred Stieglitz discovered his passion for photography, a new and growing phenomenon in the art community. He collected books on the subject and became a self-study. While here he became friends with a couple of artists Adolf von Menzel and Wilhelm Hasemann. With his first camera in tow, he traveled all through Europe taking pictures of peasants and landscapes.

In 1987, Alfred won first place in a contest for his photo titled “The last joke Bellagio.” Then in the following year, he won both the first place and the second position spots in the contest.

In 1890, his oldest sister Flora died in childbirth. Still, in Germany, Alfred Stieglitz was having the time of his life. Even though he didn’t want to come home at that time his father threatened to cut off his allowance. So with no other choice in the matter, he returned to New York to be with the family during their grieving process.

Types of Cameras Used Over the Years

Alfred Stieglitz used a couple of different cameras over the span of his career and art. The first camera he used was an 8x10 film plate camera, and he had to use a tripod with it. Then in 1892, he upgraded to his first handheld camera. It was a Folmer and Schwing 4x5 plate film camera.

Alfred Stieglitz became a leading advocate for the pictorial school of Photography. His goal in life was to make photography an accepted art form. Being supportive of Alfred his father bought him a photography studio so that he could display his work.

He even began to write for publications on the subject. In 1892 he became the editor of the periodical Journal called “camera notes.” He worked at this for ten years till he and a group of people who worked on the periodical with him quit and went on to work on a new project. This project started out as a show of photography and became known as “camera work.”

In 1908, the National Arts Club featured his work in an exhibition named “the special exhibition of contemporary art” along with other photographers and painters.

Later in his life, Alfred Stieglitz devoted most of his time managing his many studios that he had for displaying his photos. Although he was well known for his passion for photography and well respected, he is mostly known for his promotion of photography as art.

Alfred Stieglitz’s family pressured him to marry a girl by the name of Emmeline Obermeyer. She was the sister of a business associate. So finally giving in to pressure in 1893 he married her. Although they ended up having a daughter, named Katherine, he was not happy in his marriage and made it well known.

Alfred commented that he didn’t love her and for most of their marriage they lived separate lives even though they lived in the same home. It is said that they didn’t even consummate their marriage for at least a year after the wedding.

By 1924, he divorced Emmeline. And then later that same year he married a fellow artist whom he photographed by the name of Georgia O’Keeffe. He stayed married to Georgia all the way until he passed away. He was 82 years old when he passed away on July 13, 1946.

Despite being married, he continued to have affairs over the years of his life. Proof of this is in 1927 he met Dorothy Norman who at the time was 22 years old. Dorothy volunteered at his gallery. Although she was married and had children soon, he became infatuated with her and began photographing her and teaching her the technical aspects of printing. Then when his wife was not around, they started an affair that lasted several years.

Some of his Best Images

Alfred Stieglitz produced hundreds of images over his life. Some of his most well-known paintings were “The last joke Bellagio,” Winter-Fifth Avenue, Venetian Canal, Spring Showers-The Coach, Going to the Start and The Terminal. Then there was his image that he took of Georgia O’Keeffe before they married. He made more than 350 prints of Georgia between 1918 and 1925.

At the End of Life

Alfred Stieglitz suffered a major heart attack in 1938. This was the first of 6 different attacks over an eight-year period. These attacks left him weakened, and he was unable to manage his galleries. In 1946, he suffered a stroke that left him in a coma. Georgia was with him when he passed on. He was then cremated, and the simple ceremony they had in his honor was a small affair and consisted of only his 20 closest friends and family. They took his ashes to Lake George and spread them out where he could continue to hear the water for eternity.
Conclusion

Believing that photography was an art, Alfred Stieglitz studied and practiced it with a passion. His trip to Europe in his early life wasn’t his only trip. He traveled to Europe many times over his life just to photograph portraits of people or scenery. He not only loved taking photographs but also enjoyed writing about photography.

Alfred loved talking about photography too. He always wanted to spread the word about how great it was and how it was done. He self-taught himself how to do it and the whole process. He never had any formal education in photography. Back then there weren’t much education opportunities in this profession because it was still a relatively new concept at the time.

Unlike today that there are many different schools that you could choose from to learn the process of photography. If you’re interested in learning this art form, I would suggest that you study some of Alfred Stieglitz’s work and try to see from his perspective. And if you can find them I have heard that there have been three books that he has written on the subject.