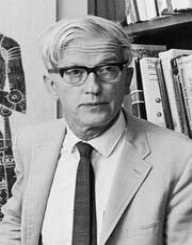 Alfred Day Hershey was born on December 4th, 1908. His place of birth was in Owosso, Michigan in the United States. His father Robert Day worked at an auto manufacturing company. His mother was Alma Wilbur Hershey.

Alfred Day Hershey attended the Owasso High School and graduated in 1925. He then took his undergraduate studies at the Michigan State College. He studied Chemistry which was in the faculty of Science. It was then that he took great interest in bacteriology. By 1930 he earned his bachelor’s degree from the college. Later he enrolled in the same college for his doctorate studies and completed in 1934.

Alfred Day Hershey began his career immediately after his graduation. His first job was in 1934 at the Washington University School of Medicine situated in St. Louis. He worked in the Department of Immunology and Bacteriology as an instructor. He worked for 16 years at the university till 1950. While there he worked hand in hand with Jacques Bronfenbrenner who was the first researcher in bacteriophages. They later published their work on bacterial cultures growth between 1936 and 1939. Meanwhile, he had been appointed an assistant professor in 1938 and 1942, an associate professor.

During the 1940s Alfred Day Hershey did his researches on phage infectivity. In 1943 he traveled to Nashville to team up with other researches conducting the same experiment on Phage study. Max Delbruck, Salvador Edward Luria together with Hershey formed the phage group. They set up a meeting point at Cold Spring Harbor where they would meet to discuss their findings. They then combined their findings and came up with a process that Hershey named genetic recombination.

In 1950 he joined the Department of Genetics in Carnegie Institution of Washington. He served as a staff scientist along with his assistant Martha Chase. The two came up with blender experiment or Hershey-Chase experiment. Later in 1962, he was promoted to be the director of research at the institution. He worked actively in many types of research till 1974 when he retired.

In 1958, Alfred Day Hershey was appointed as a member of National Academy of Sciences. I the same year he was presented with Albert Lasker Basic Medical Research Award. Later in 1959 he also earned membership at the American Academy of Arts and Sciences. He received Albert Lasker Basic Medical Research Award in 1965. He shared the 1969 Nobel Prize in Medicine.

Alfred Day Hershey took his last breath on May 22nd, 1997. He died of heart failure in Syosset, New York City. He was 88 years old at the time of his death.