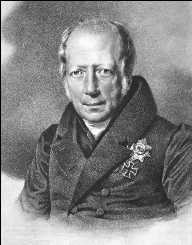 Alexander von Humboldt was born on September 14th, 1769. He was famous for being a Prussian geographer, explorer, and a naturalist. He brought profound influence in the Romantic philosophy. He was also the brother of Wilhelm von Humboldt who was a Prussian minister and a renowned philosopher. Humboldt significant works that laid a foundation to biogeography was his contribution more so in the field of botanic geography.

Alexander von Humboldt was born on September 14th, 1769. His place of birth was in Berlin. At the time of his birth, he was born to a prominent family since his father; Alexander Georg von Humboldt was also born to renowned Pomeranian family. His mother was called Maria Elizabeth Colomb.

Humboldt’s father passed away in 1779, and his mother was left to take care of them after inheriting his father’s property. Humboldt had to study from home together with his brother named Wilhelm. Some of the subjects that they studied during their early education were mathematics, political history, economics and other languages.

During his tender years, Alexander von Humboldt acquired the name ‘the little apothecary’ for reasons that he had developed a particular liking to collecting plant specimens, shells, and insects. Soon, he went for his university education at the University of Frankfurt. Here, he took finance. Nonetheless, his period at this university was short-lived as he went to the University of Göttingen in 1789.

With the particular inclination to geography that Humboldt developed when he was at the university, prompted him to enroll with Freiberg Academy of Mines. This gave him the opportunity of being trained by a famous geologist named A.G. Werner. Around this period, he befriended George Foster. Foster was Captain James Cook’s illustrator. Friendship with Foster also gave Humboldt a new interest in exploration as both of them took distant voyages. For example, during the summer period of 1790, they toured England.

Two years down the line, Alexander von Humboldt earned himself a job as a mines assessor. With his dedication to this field, he was successful as he rose up the ladder of his mining career. Within no time, diplomatic duties were primarily assigned to him. At some point, he went on to settle in the city of Vienna and also took voyages to Switzerland and Italy.

Humboldt had gained enough experience in the mining industry to the extent that he published a book on this field. This book was published in 1793 and was called Florae Fribergensis Specimen.

In 1796, Humboldt’s mother passed away. This meant that he was to inherit his father’s wealth from his mother. This occurrence also led to his resignation from the mining job he had been working on. He partnered with AiméBonpland, a botanist, on an expedition in Marseille before proceeding further on to Madrid.

His career took a different turn as Alexander von Humboldt explored the Spanish American region with the financial support of the minister of Spain called Don Mariano.

Soon, Humboldt and Bonpland went to tour Latin America in the period from 1799 to 1804. During this voyage, they explored places such as Pizarro, Cumana, and Tenerife. From this trip, Humboldt drew maps indicating the Orinoco River. Before ending their journey in Lima, Peru, they had travelled through Ecuador. Upon completion of his voyage, he went to the United States where he met with President Thomas Jefferson. Jefferson had a particular interest in the science field.

With time, Alexander von Humboldt became the Prussian King’s advisor. This was a move that would guarantee that he could earn a living. This came after his inheritance had gradually depreciated.

In 1827, he went to Berlin where he publicly shared the experiences that he had acquired over the years. This brought fame to his side. It is around this period that Humboldt worked on his book titled Kosmos. This was regarded as one of the best works he ever did.

Rumor has it that nothing but mystery surrounded Humboldt's own life. Perhaps this is the main reason why he did not leave behind his letters. Before his death, all wealth that he had acquired was surrendered to his helper named Seifert.

Alexander von Humboldt died on May 6th, 1859. He was aged 89 years during his demise.