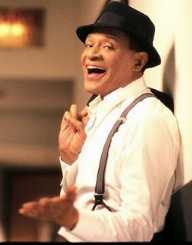 As a young adult, Al Jarreau attended Ripon College. There, he earned his bachelor’s degree in Physical Therapy. He later went on to pursue his master’s degree in Rehabilitation Therapy at the University of Iowa.

Throughout college, Al Jarreau often played jazz music at clubs. Once he was out of college, he continued to do this while also working as a social worker. While he was working, he realized that he would rather pursue a career in singing in the 1970’s.

Al Jarreau continued to work with Warner Bros. Records throughout most of the 1980’s. He released five albums with this record company in this decade, including This Time, Breakin’ Away, Jarreau, High Crime, and L is for Lover. He also released two other albums in this decade with other record labels.

In the 1990’s, Al Jarreau only released one studio album, Heaven, and Earth, with Warner Bros. Records. In the 2000’s Jarreau released albums with Verve, Concord, and Rhino Records. These records include Tomorrow Today, All I Got, Accentuate the Positive, Givin’ It Up, and Christmas. Jarreau’s most recent, and last, studio album was released in 2014 with Concord Records: My Old Friend: Celebrating George Duke. Throughout his long career, he also released several live albums and compilation albums.

In 1994, Al Jarreau played the Teen Angel in Grease on Broadway.

Over the course of Al Jarreau’s career as a singer, he often appeared on television shows as a musical guest. Other than this, he also appeared as an actor on several television shows, beginning in the early 1982’s. The shows that he appeared on are listed below.

Over the course of his career as an entertainer, Al Jarreau has won several awards, including several Grammy awards. Some of his most impressive awards are listed below.

Al Jarreau is a member of the Soul Music Hall of Fame. He has honorary doctorate degrees from the Berklee College of Music and the University of Wisconsin, Milwaukee.

Al Jarreau first married Phyllis Hall in 1964. However, this couple later divorced in 1968. He later remarried to Susan Player in 1977. This couple has one son together: Ryan Jarreau.