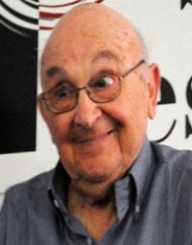 Ervin Appelfeld was born on February 16, 1832, in a part of Romania which is now a part of Ukraine. His parents were Bunia and Michael Appelfeld. He changed his name to Aharon later in life.

During World War II, Appelfeld and his father were forced into the Nazi concentration camp. His mother had been murdered shortly before by Nazis. The family’s main “crime” was merely being Jewish. The camp he was in was located in his home country of Romania.

He later escaped from the camp. He was able to do so in part because he didn’t look traditionally Jewish, as he had blond hair and blue eyes, like most Germans. On the run, he lived in forests and with strangers for about three years. After his stint of time running between places to stay, he began working for the Russians, as a Soviet Army cook.

After the war, Aharon Appelfeld was moved to a displaced person’s camp. There, he lived with other children and teenagers, waiting to be found by relatives. Since Appelfeld escaped without his father, he had no idea if he had any family left or not. While he waited for someone, he was taken care of by Monks. No one ever came for him, and in 1946, he left the camp and moved to Palestine. (It wasn’t until 1960 that Appelfeld was reunited with his father.)

Aharon Appelfeld went to elementary school until he was nine years old. His education was disrupted during World War II, so he never had a regular education. However, he studied hard once out of the camp and was later accepted into the Hebrew University.

While both inside and outside of school, Appelfeld worked hard to learn several languages. He was primarily driven to learn Hebrew. He also knows how to speak German, English, Italian, and Russian.

After graduating from Hebrew University, Aharon Appelfeld began teaching at a local high school. In 1977, he left teaching high schoolers to teach literature at the Ben Gurion University, where he currently (as of 2017) works.

During the 1980’s and 1990’s, he took his lectures on the road. He traveled throughout many countries in Europe, as well as in the United States. In these lectures, he talked about his books, Jewish heritage, and the Holocaust.

Drawing from his traumatic wartime experiences, Aharon Appelfeld wrote several books and poetry about the Holocaust. He published his first work, which happened to be poetry in 1959. A few short years later, in 1962, he published a short story collection (Smoke). It was not until 1971 that he published his first full-length novel, The Skin and the Gown.

Some of his other popular books are listed below:

The Story of a Life

The Age of Wonders.

All of Aharon Appelfeld's awards are for his books. Some of his most prestigious awards are listed below.

Aharon Appelfeld is married to Judith Appelfeld. They were married in 1964. Together, they had three children: Batya, Meir, and Yitzhak.