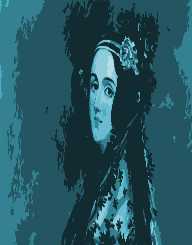 Ada Lovelace was one of the earliest and well-known computer programmers in the world. Lovelace was known for her collaboration with Charles Babbage, the Father of the Computer. She was known to have been initiated into this profession by her mother who thought poetry was too bad for her. She thought poetry would spoil her morals. She was a lover of poetry and often try to blend poetry with mathematics which she was brilliant in. She often called herself an Analyst or Metaphysician.

Ada Lovelace tried working on what could be called poetic science, i.e., the use of poetry to verify doubts in mathematics. Her initial work got her fame as well as recognition. She drew inspiration for her work from human emotions, mesmerism, and phrenology. Ada Lovelace had a life filled with confusion as well as heartbreak. Despite her short life, she made a huge impact on the earth. She was known to be notable in the history of mathematics and computers. Michael Faraday appreciates her mathematic writings.

Augusta Ada Bryon, her full name, was born to Lord Bryon, an English poet, and Baroness Anne Isabella on the 10th day of December 1815. She was born in London, England. She was, however, a month old when her parents got separated and met her father not again. Ada Lovelace had a very strict religious upbring and had a very strong relationship with her grandmother. She was a very bright student with a great interest in mathematics, science, and poetry. His mother, however, tried to curb her imagination to prevent her from becoming a poetry lover. She was taught by great mathematical geniuses like Augustus De Morgan and William Frend.

Ada Lovelace was introduced to Charles Babbage in 1833 to serve as her tutor. Babbage was the Father of Computer, and the two became professional friends. Ada then became interested in Babbage’s Difference Engine. Later on, she got herself into phrenology and studied the human skull as well as the animal magnetism. As at 1840, Babbage’s lecture was delivered on the Analytical Engine at the University of Turin. It was written in French and printed two years later in the Bibliotheque Universelle de Geneve.

However, after publication, Ada Lovelace chose it upon herself to translate the papers into English. Between 1942 and 1943, she translated the papers and included her analysis into it. Her note seems to be one to tell more about how the Analytical Machine is more advanced than any other machine. She also claimed that Babbage could do better than the numerical computations. Her notes was an inspiration for the Bernoulli numbers which Babbage’s machine could later calculate. Lovelace became the pioneer of computer programming having written the first ever algorithm.

Around this time, Ada Lovelace chose upon herself to explain the shortcomings in Analytical Engines. These shortcomings are considered as the predecessor of debuggers. By 1844, she chose to design a model through which mathematics will be used to decode one’s neurological processes including feelings. Thus, she named it a calculus of the nervous system. She got her inspiration from her mother’s suggestion of her insanity. She later got to meet Andrew Crosse in the process of the completion of her project. However, she was unsuccessful. Later on, in the same year, she reviewed a research publication on Animal Magnetism but was never published.

Ada Lovelace was a very intelligent and brilliant mathematician that is very known and respected for providing assistance to Charles Babbage on his Differential Engine and Analytical Engine. She wrote the first algorithm for the Analytical Engine, thus making it calculate Bernoulli numbers.

Ada Lovelace mostly lived in a very restricted environment with no one around her. She, however, fell in love with one of her teachers whom she intended running away with. However, the relationship was shunned before it became a Scandal. She married William King-Noel in 1835 whom she bore two children for. Later on, she met William Benjamin Carpenter who urged her to marry him, but she refused. It was recorded that she had many affairs with men of which some of them are shortlived. Ada Lovelace, however, died on November 27, 1852, after battling with Uterine cancer. She was abandoned by her husband because of cancer shortly before her death. She was interred next to her father as per request at the Nottingham’s Church of St Mary Magdalene.

After her death, her legacy still lives on, she is depicted by different people in different literary works including the difference engine, Lord Bryon’s Novel: The Evening Land, among others. A computer language was also named after her.